A Top New York Restaurant Is Going Vegan. It Could Backfire 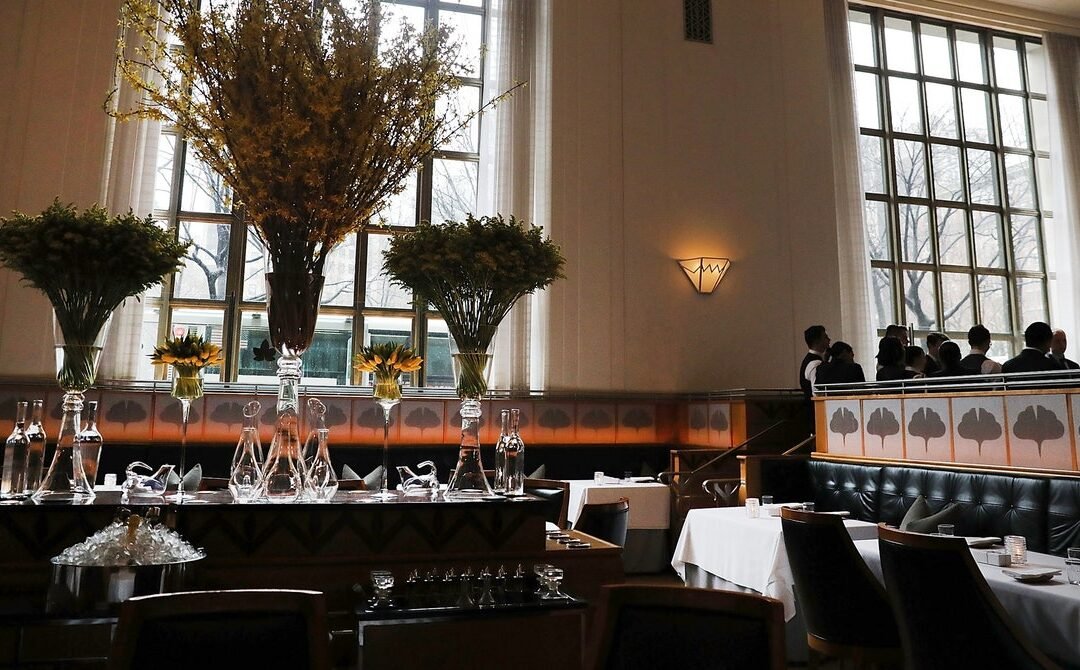 So long eggs Benedict with sturgeon roe, lavender- and honey-roasted duck, and butter-poached lobster tail. Last week, Eleven Madison Park, one of the most high-end, meat-laden restaurants in New York City (and the world), announced it’s going vegan, with the exception of milk and honey for coffee and tea.

Brian Kateman is president and cofounder of the Reducetarian Foundation, a nonprofit organization committed to reducing societal consumption of animal products.

The news came as a big surprise to the culinary community, but Eleven Madison Park isn’t the first high-end restaurant to stop serving animal products; it’s the latest in a trend of food institutions drawing stark lines in the sand around meat consumption. Just last month, the Michelin-starred French chef Alexis Gauthier turned his London-based restaurant, Gauthier Soho, entirely vegan. “I’m vegan myself; it would be unethical for me to profit from selling dead animals,” Gauthier told Big Hospitality. Daniel Humm, the owner and head chef of Eleven Madison Park, cited environmental concerns: “The way we have sourced our food, the way we’re consuming our food, the way we eat meat, it is not sustainable,” he told NPR’s Guy Raz on the latest episode of the How I Built This podcast. “And that is not an opinion. This is just a fact. So we decided that our restaurant will be 100 percent plant-based.”

Chefs like Gauthier and Humm are on the right side of history. The global meat industry accelerates climate change, condemns billions of animals to terrible treatment in factory farms, and leaves meatpacking plant workers in unusually cruel working conditions. But even so, there’s one variation of these plans that I wish they had considered: simply cutting back on meat, rather than ditching it altogether. It might seem counterintuitive, but introducing their omnivorous clientele to plant-based dining gradually with, say, an 80 to 90 percent plant-based menu would have a similar impact on the planet—and without making it a binary choice for consumers. This change in perception could reduce the polarization around veganism, eventually leading more people to eat less meat.

As a flexitarian myself, I primarily eat plant-based but occasionally eat some animal products. Given the grim state of our industrialized farming system, I think a vegan world—or one in which we eat drastically fewer animal products—would be optimal. But I’m also realistic about how hard it is to get any individual person, let alone an entire culture, to cut back on animal products. Environmentalists and animal advocates have been trying for decades, and still only a small percentage of the industrialized world is vegetarian or vegan. Right now, the average American eats about 225 pounds of meat annually. That number is slowly increasing, even as the popularity of plant-based meat grows. And it’s no wonder; meat is cheap, delicious, convenient, and tied to culturally significant moments like Thanksgiving and Christmas. For some people, an entirely vegan meal is simply not appealing.

To be clear, I think it’s great that Eleven Madison Park and institutions like it are moving the ball on plant-based eating, and there’s a case to be made for bold moves that draw attention to the urgency of cutting meat consumption. Plus, it’ll showcase how delicious vegan food can be. And because Eleven Madison Park is a culinary icon, other restaurants and institutions may follow its lead.

Still, it seems other restaurants would be more likely to follow Eleven Madison Park’s lead if the shift were less drastic. Industry professionals are probably wary that many diners still think vegan food and vegan restaurants are only for vegans—even Humm himself has said, “At times I’m up in the middle of the night, thinking about the risk we’re taking.” This trepidation is not unfounded. There’s no shortage of people who think vegan food is boring and bland, and research has shown that veganism is heavily stigmatized. Many omnivores simply will not go to a vegan restaurant unless a friend or family member drags them. But if the vegan label and stigma are removed, and diners know they can eat what they want, they are more likely to go on their own. Once they’ve been hooked as a customer, they’ll come back—and maybe they’ll try something new (and meat-free). While Humm will undoubtedly attract many folks who aren’t vegan because of his reputation and status, he will likely still lose some customers, and with them, the likelihood of influencing other restaurants.