Apple’s Mac Studio Is a Mightier Desktop for Creative Pros 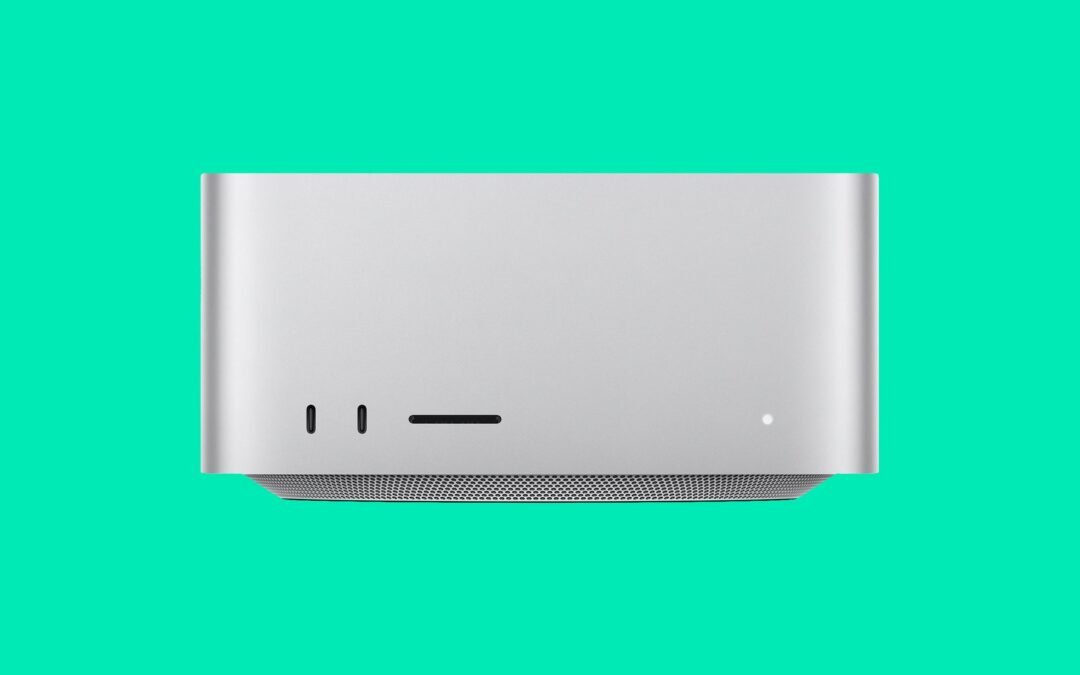 It’s safe to say the Mac Studio is like the Mac Mini on steroids, with a ton more features inside and out. At a glance, it looks similar to Apple’s headless desktop—with a cube-like shape that stands 3.7 inches tall and measures about 8 inches on each side. So it’s compact enough to place on your desk or under a display. It also packs a ton of ports, including two USB-C ports and an SD card slot on the front, along with four Thunderbolt ports, two USB-A slots, an HDMI port, a 10 GB Ethernet port, and a headphone jack on the back.

Under the hood, you can opt for one of Apple’s custom chips, either an M1 Max or the newest processor, the M1 Ultra, which was also unveiled today. When it’s powered by the M1 Max, Apple claims the Mac Studio has up to 50 percent faster CPU performance and over three times faster graphics than a Mac Pro with a 16-core Xeon processor. Meanwhile, the newer M1 Ultra is up to 90 percent faster in CPU performance than the same Mac Pro and 80 percent faster than the fastest Mac graphics card, according to claims Apple made during its presentation.

Regardless of the configuration, it shouldn’t run hot. During the unveiling, Apple touted the Mac Studio’s thermal design, which works to keep the internal components cool. This consists of double-sided blowers, airflow channels, and thousands of perforations on the back and bottom of the machine’s case. Since this design requires less fan-spinning action to keep things chill, the Mac Studio should stay quiet even when it’s handling more power-intensive tasks.

The Mac Studio can connect to any monitor of your choosing, but Apple has also designed a display to match the desktop. The new Studio Display is a 27-inch monitor with 5K resolution. It also features a 12-megapixel webcam (with Apple’s Center Stage feature that keeps you centered in the frame on video calls), a six-speaker sound system that supports spatial audio and Dolby Atmos playback, a three-microphone array, and four force-canceling woofers for the audio low end. The Studio Display also comes with three USB-C ports and a Thunderbolt port.