Automation Isn’t the Biggest Threat to US Factory Jobs 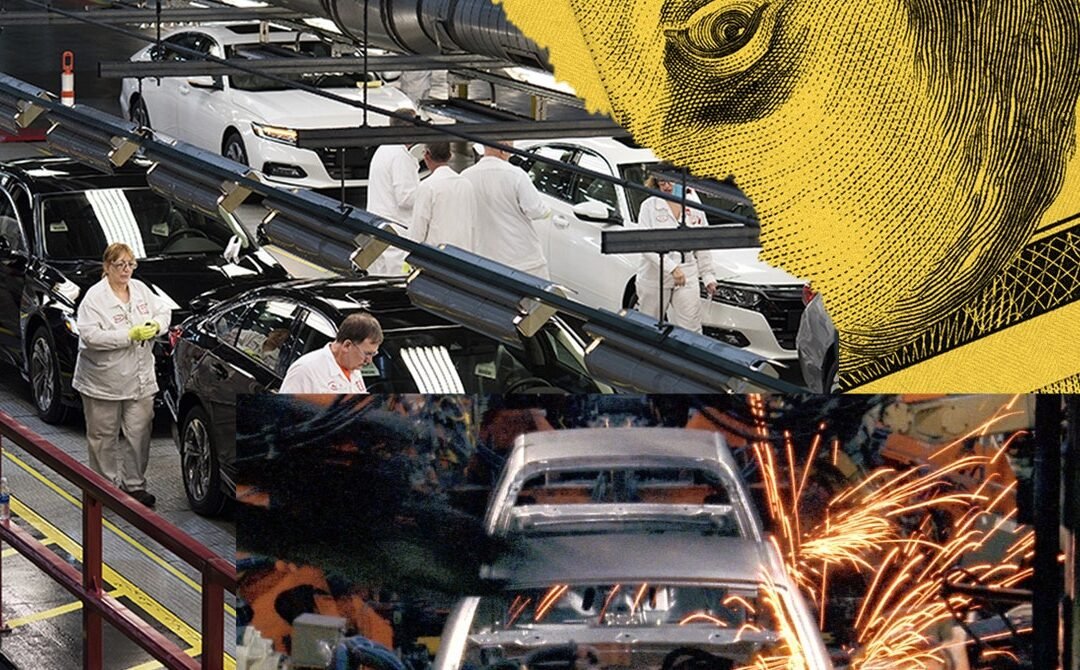 The number of American workers who quit their jobs during the pandemic—over a fifth of the workforce—may constitute one of the largest American labor movements in recent history. Workers demanded higher pay and better conditions, spurred by rising inflation and the pandemic realization that employers expected them to risk their lives for low wages, mediocre benefits, and few protections from abusive customers—often while corporate stock prices soared. At the same time, automation has become cheaper and smarter than ever. Robot adoption hit record highs in 2021. This wasn’t a surprise, given prior trends in robotics, but it was likely accelerated by pandemic-related worker shortages and Covid-19 safety requirements. Will robots automate away the jobs of entitled millennials who “don’t want to work,” or could this technology actually improve workers’ jobs and help firms attract more enthusiastic employees?

The answer depends on more than what’s technologically feasible, including what actually happens when a factory installs a new robot or a cashier aisle is replaced by a self-checkout booth—and what future possibilities await displaced workers and their children. So far, we know the gains from automation have proved notoriously unequal. A key component of 20th-century productivity growth came from replacing workers with technology, and economist Carl Benedikt Frey notes that American productivity grew by 400 percent from 1930 to 2000, while average leisure time only increased by 3 percent. (Since 1979, American labor productivity, or dollars created per worker, has increased eight times faster than workers’ hourly compensation.) During this period, technological luxuries became necessities and new types of jobs flourished—while the workers’ unions that used to ensure livable wages dissolved and less-educated workers fell further behind those with high school and college degrees. But the trend has differed across industrialized countries: From 1995 to 2013, America experienced a 1.3 percent gap between productivity growth and median wage growth, but in Germany the gap was only 0.2 percent.

Technology adoption will continue to increase, whether America can equitably distribute the technological benefits or not. So the question becomes, how much control do we actually have over automation? How much of this control is dependent on national or regional policies, and how much power might individual firms and workers have within their own workplaces? Is it inevitable that robots and artificial intelligence will take all of our jobs, and over what time frame? While some scholars believe that our fates are predetermined by the technologies themselves, emerging evidence indicates that we may have considerable influence over how such machines are employed within our factories and offices—if we can only figure out how to wield this power.

In a town on the outskirts of the Black Forest in Baden-Württemberg, Germany, complete with winding cobblestone streets and peaked red rooftops, there’s a 220-person factory that’s spent decades as a global leader in safety-critical fabricated metal equipment for sites such as highway tunnels, airports, and nuclear reactors. It’s a wide, unassuming warehouse next to a few acres of golden mustard flowers. When I visited with my colleagues from the MIT Interactive Robotics Group and the Fraunhofer Institute for Manufacturing Engineering and Automation’s Future Work Lab (part of the diverse German government-supported Fraunhofer network for industrial research and development), the senior factory manager informed us that his workers’ attitudes, like the 14th-century church downtown, hadn’t changed much in his 25-year tenure at the factory. Teenagers still entered the firm as apprentices in metal fabrication through Germany’s dual work-study vocational system, and wages are high enough that most young people expected to stay at the factory and move up the ranks until retirement, earning a respectable living along the way. Smaller German manufacturers can also get government subsidies to help send their workers back to school to learn new skills that often equate to higher wages. This manager had worked closely with a nearby technical university to develop advanced welding certifications, and he was proud to rely on his “welding family” of local firms, technology integrators, welding trade associations, and educational institutions for support with new technology and training.

Our research team also visited a 30-person factory in urban Ohio that makes fabricated metal products for the automotive industry, not far from the empty warehouses and shuttered office buildings of downtown. This factory owner, a grandson of the firm’s founder, complained about losing his unskilled, minimum-wage technicians to any nearby job willing to offer a better salary. “We’re like a training company for big companies,” he said. He had given up on finding workers with the relevant training and resigned himself to finding unskilled workers who could hopefully be trained on the job. Around 65 percent of his firm’s business used to go to one automotive supplier, which outsourced its metal fabrication to China in 2009, forcing the Ohio firm to shrink down to a third of its prior workforce.

While the Baden-Württemberg factory commanded market share by selling specialized final products at premium prices, the Ohio factory made commodity components to sell to intermediaries, who then sold to powerful automotive firms. So the Ohio firm had to compete with low-wage, bulk producers in China, while the highly specialized German firm had few foreign or domestic competitors forcing it to shrink its skilled workforce or lower wages.

Welding robots have replaced some of the workers’ tasks in the two factories, but both are still actively hiring new people. The German firm’s first robot, purchased in 2018, was a new “collaborative” welding arm (with a friendly user interface) designed to be operated by workers with welding expertise, rather than professional robot programmers who don’t know the intricacies of welding. Training welders to operate the robot isn’t a problem in Baden-Württemberg, where everyone who arrives as a new welder has a vocational degree representing at least two years of education and hands-on apprenticeship in welding, metal fabrication, and 3D modeling. Several of the firm’s welders had already learned to operate the robot, assisted by prior trainings. And although the German firm manager was pleased to save labor costs, his main reason for the robot acquisition was to improve workers’ health and safety and minimize boring, repetitive welding sequences—so he could continue to attract skilled young workers who would stick around. Another German factory we visited had recently acquired a robot to tend a machine during the night shift so fewer workers would have to work overtime or come in at night.