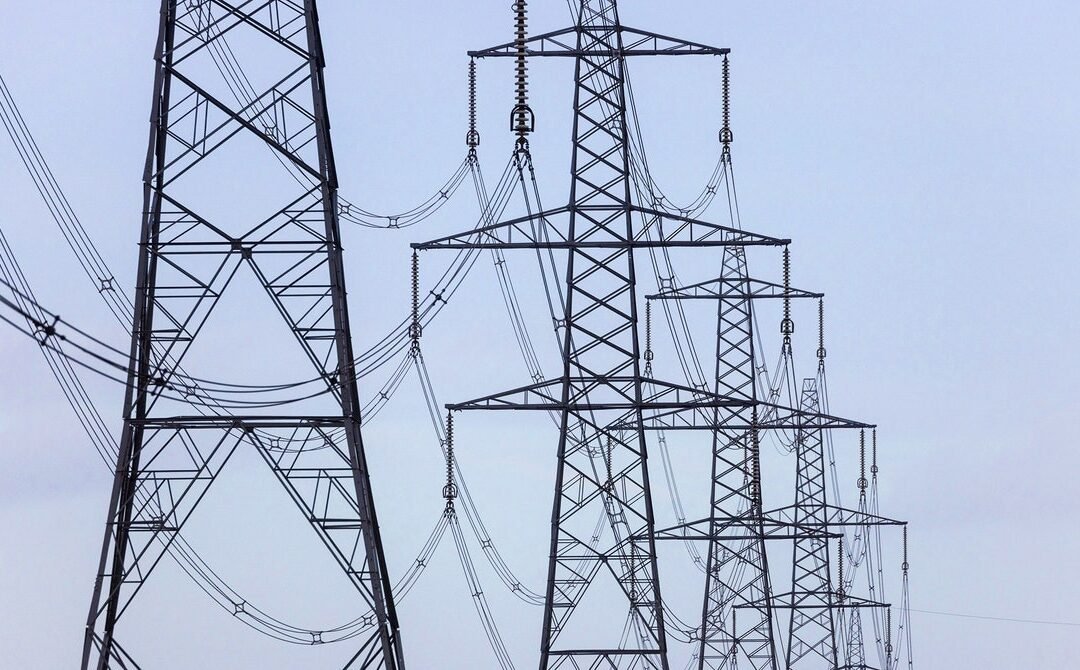 “We’re moving into a future where these drones will fly themselves all over the countryside,” McKenna says. “But the long-term future of this software is that it will fly people around.”

With the UK’s National Grid, which operates the country’s energy supply, the relationship has been more concrete, after the organization committed funds to accelerate development of Sees.ai’s technology. The partnership’s first goal is to prove that the system can be used to better maintain the grid’s 21,900 steel pylons.

The network needs constant tune-ups to stay reliable, and regular inspections are important. The National Grid boasts 99.99 percent reliability: something it wants to improve on by locating critical issues long before outages occur. In the UK’s wet climate there’s a high risk of corrosion, which is difficult to stop once it has started. Pylons need to be replaced when the rust has affected their structural integrity, so early detection saves costs in the long run.

The National Grid spends around £16 million each year painting its pylons, and it has anticipated a cost of £35 million over the next five years to replace corroded steel. Factoring in the high costs of R&D, Sees.ai’s drone system isn’t necessarily cheaper than other methods of inspection, but the National Grid anticipates that it’ll enable more frequent and timely data capture that in turn will save costs through more targeted asset replacement. If the trials are successful, the National Grid anticipates savings in excess of £1 million for UK consumers by 2031.

But until cost-effective drones are deployed at a large scale, the only option is to use helicopters. A helicopter can inspect 16 pylons every hour at a cost of £2,000 per hour, but flying a VLOS drone is not much better because it’s laborious and slow with the pilot below. On a good day, VLOS drone teams can inspect no more than 10 pylons. “It’s the human element of it that causes the problems,” Mark Simmons, National Grid’s condition monitoring manager, says.

Sees.ai is not alone in tackling this problem, but the systems that many other companies rely on use GPS and compass for positioning. The problem is that these technologies are vulnerable to failure, especially when close to steel or strong electromagnetic fields, which occur around high-voltage power lines. Relying on preexisting data can also be precarious because the world is constantly changing.

According to David Benowitz, head of research at the research platform Drone Analyst, GPS technology is also not always accurate, especially when being used to measure altitudes or in rural areas with poor satellite coverage. Because there’s always going to be that “bubble of doubt,” he says, there’s a higher risk of collisions in busy airspaces. With more vulnerability comes more risk.

The only way to roll out these technologies, then, is to limit risk in other ways, such as by flying simpler flights farther away from potential collisions. But with each limitation imposed, “the applicability and scalability of the solution reduces,” Benowitz says. If we are to replace manned helicopters, we need to develop a solution that “doesn’t have these limitations,” that can safely carry out overviews and detailed inspections of assets over the majority of the grid, not just remote sections.

For this to happen, there needs to be more reliable and robust technologies: Each operating system needs to have multiple layers of safety. “In order for us to fly close enough to the pylons to acquire the best data, we need more intelligence than GPS,” says Hjamlmarsson. But there also needs to be change among the regulatory bodies like the FAA and the CAA to create the space for these more advanced systems to be developed and properly tested so that they can ever be proven to be safe. “It’s the chicken or egg scenario,” Benowitz says. “These systems are not bleeding edge, so there’s no problem rolling them out at scale and at cost, but the regulations need to get up to date.”