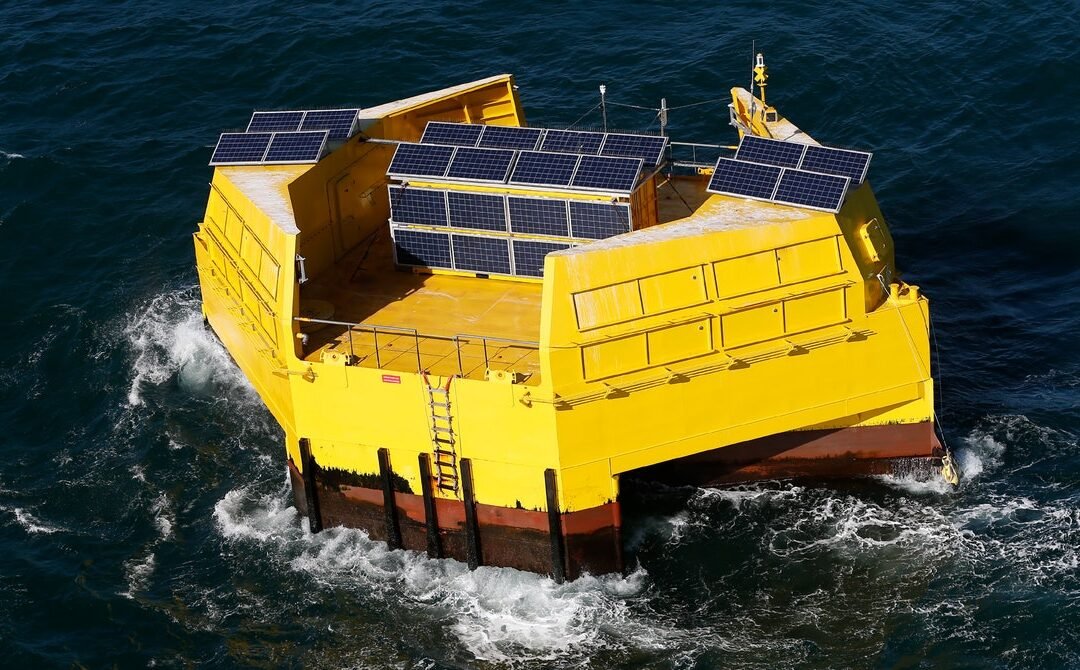 Facebook first revealed its plans to build a 37,000-kilometer subsea cable, named 2Africa, in the spring of 2020, and it announced an expansion last month. It’s expected to be completed in 2023 or 2024. The new transatlantic cable project will supposedly provide 200 times more capacity than the submarine cables that were laid in the early 2000’s.

Its latest announcements aren’t aimed just at Africa or other emerging markets. The Bombyx robot could be deployed anywhere there’s existing power structures, since it leverages already-built power lines; and Facebook says 30,000 Terragraph units have already been rolled out in Anchorage, Alaska, and Perth, Australia, among other places.

Bombyx looks nifty, as far as robots go. After a technician places it on a power line, it crawls along the line, wrapping itself around the cable as it goes, spooling out Kevlar-reinforced fiber (both for strength and to withstand the heat of medium-voltage power lines). Since it requires a certain amount of balance for the bot to stay on the line, the Facebook team says it has reengineered the bot to be lighter, nimbler, and more stable. And it lowered the bot’s load from 96 fiber optic strands to 24, after determining that a single fiber can provide internet access for up to 1,000 homes in a nearby area.

To be clear, Facebook hasn’t reinvented fiber-optic cables; it’s come up with a scheme to run them above ground, using existing power infrastructure, instead of digging trenches to lay the cables underground. And it has come up with a semi-autonomous way to do this, by building a robot that it claims will eventually be capable of “installing over a kilometer of fiber and passing dozens of intervening obstacles autonomously in an hour and a half.”

As for Terragraph, Facebook’s Rabinovitsj and Maguire described Terragraph as a system composed of several technologies. It relies on the 802.11ay standard established by the WiFi Alliance. It’s a technology reference design, developed in partnership with Qualcomm. And it’s also a mesh Wi-Fi system that uses nodes on existing street structures, like lamp posts and traffic lights. The result, they say, is multi-gigabit speeds that match the speeds of fiber lines—but in this case, it’s being transmitted over the air.

“That means anybody can deploy this without having to go get a license from a regulator,” Maguire says. “So that makes it very affordable, and is one of its other innovations.”

Facebook is not unwise to try to leverage existing infrastructure and reduce labor costs when it comes to building out a fiber network. But the company’s earlier forays into telecommunications have rankled both telecom operators and human rights activists. Some have accused the company of building a two-tiered internet that could widen disparities in access.

In the interview, Rabinovitsj, who leads Facebook Connectivity, insisted that Facebook is not an internet service provider and is not interested in becoming one. He said the company is not looking to generate revenue from the project and is licensing the technology to others for free. He did concede, however, that Facebook does benefit from more data being shared around the globe, and that anyone else with a digital property benefits as well.

Peter Micek, general counsel for the digital civil rights nonprofit Access Now—which has in the past received funding from Facebook for the organization’s RightsCon conference—says that over the past four years, the rate of laying fiber for wired internet access has basically stalled, which is “not ideal. It’s not happening at the rates needed to bring the next billion people online anytime soon.” He says people in less developed countries are “still largely dependent on mobile, but there’s still a lot you can’t do on mobile.”