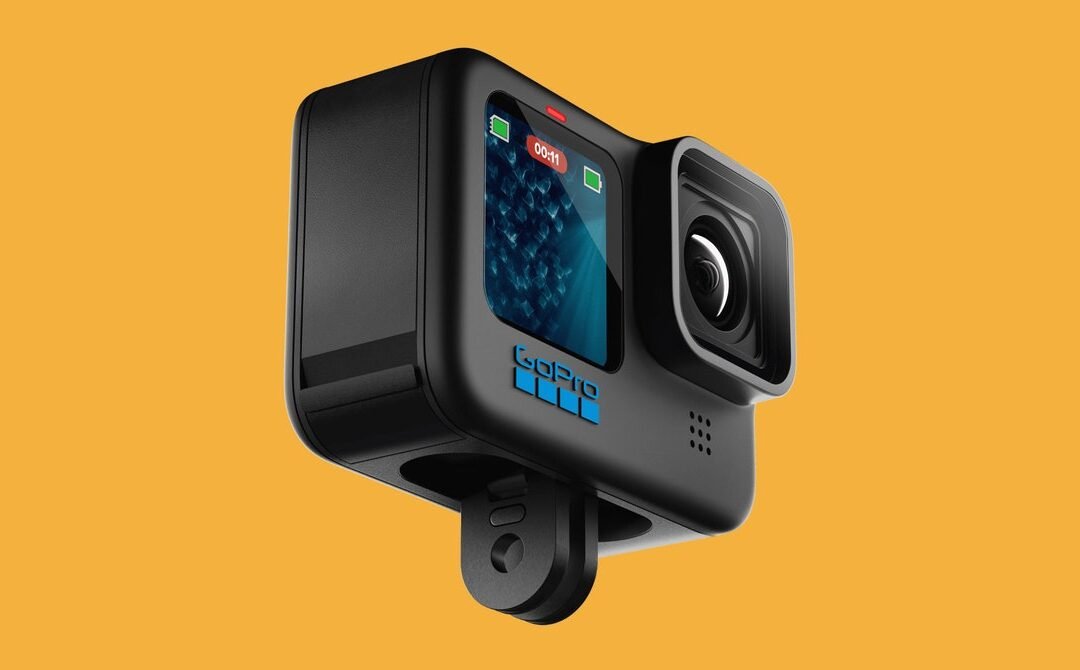 As somehow who largely dreads postproduction video editing, I was far more excited about some of the other new software-based features in the Hero 11 Black, especially the Star Trails feature. If you’ve ever tried shooting star trails before, you know how laborious it is to stack hundreds of images, so this will probably blow your mind: The Hero 11 can shoot perfect star trail video with a single press of a button. Again, the ability to pull out a 24 megapixel still comes in handy.

Other new software modes include a Light Painting mode if you want to have some fun with a flashlight, and a Vehicle Light Trails mode to easily turn nighttime car lights into rivers of white and red.

In keeping with the idea of less work for the user, there are now two modes available in the GoPro: Easy and Pro. The camera ships in Easy mode, which offers a streamlined interface for those who aren’t going to wade deep into the GoPro’s color settings and other fine-tuning details. If you are a pro, or are just used to the old UI, it’s, um, easy to switch to Pro, which is the familiar GoPro interface.

Another nice feature that isn’t directly related to the Hero 11 (in fact, it works with all GoPros going back the Hero 5) is more control over Auto Highlights video. You do need to be a GoPro subscriber, and you have to turn on Auto Upload.

Once you do, the Quik app will automatically generate edits and put them in your Quik app. That much has been around for a while, but GoPro now introduces the ability to edit Auto Highlight video without downloading the source files to your mobile device. You’ll end up editing a low-res proxy, but when you export or share to another app it’ll send the high-res version. Theoretically this will solve my main gripe with Quik, which is that it’s just too much for my phone, but unfortunately this feature was not available to test when I was writing this review.

Alongside the new Hero 11, GoPro is introducing a new camera, the Hero 11 Black Mini ($450), which is a Hero 11 Black in a smaller form factor sans screens. That means there’s no way to review your footage and no way to even frame the shot in many cases. (You can pair it with the Quik app and frame that way.) That might sound strange, but for many of GoPro’s core use cases—that is, the people that really do strap GoPros to their body and go surfing or climbing or motocross riding—the weight savings and streamlined form factor trump screens. You can’t see a screen anyway, when it’s on your head.

There’s another aspect I like about the Mini, though. A while back, Leica released a digital rangefinder with no screen. That is, there is no way to review your images. The Leica was impractically expensive, but I rather liked the message behind it: Just shoot. Stop checking to see if you “got the shot.” The Hero 11 Mini reminds me of that ethos. As GoPro’s head of product pointed out to me, it’s not the kind of camera that forces you to sit at a distance and shoot your kids party, not in the moment at all. Rather, you stick it in the corner, push record, and go back to living.

All that said, I did not actually test the Hero 11 Mini. I still think that, for most people, the Hero 11 Black is the best action camera to buy. If you have the Hero 10, is it worth upgrading? That depends on whether or not you need the extra vertical space in your shots. If you’re constantly editing video down to different formats, then the Hero 11 is definitely worth the investment.