I’m Not a Reporter. But I’m Verified as One on Twitter 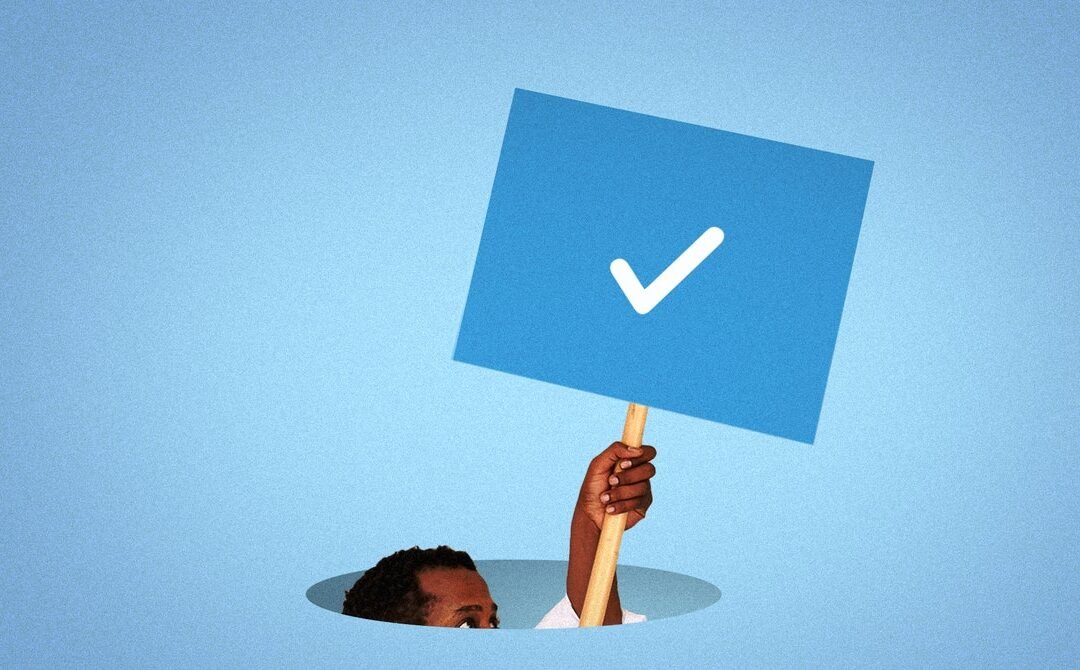 I never called myself a journalist until Twitter made me. I’m an attorney, activist, and faculty member, but it was only by using the “journalist” label that I was able to get one of the most coveted assets in social media, the blue “verified” checkmark. My months-long effort to get verified revealed a system that is stacked against grassroots activists, particularly BIPOC communities.

Twitter relaunched its verification program in May. It had been paused since 2017, following the backlash for verifying a leader of the deadly white supremacist protests in Charlottesville, Virginia. Of course, Twitter shouldn’t normalize Nazi content. But after nearly four years of review, the labyrinthine solution they selected is deeply concerning. Not only will the new system fail to stop leading hatemongers from gaining verification, it will also exclude many of the BIPOC communities they target.

Under Twitter’s new criteria, verified accounts must be “authentic, notable, and active.” Proving “authenticity” is as easy as using an official email account, and “activity” just takes a name, profile image, and using your account every six months. It’s the question of who is “notable” where things go off the rails.

For elected officials, anyone with a government website qualifies. Journalists have even more flexibility. Staff reporters can link to their profile on a newspaper website, and freelance reporters can also submit three bylines from the past six months. This is an incredibly low bar given that many freelancers publish more than three articles in a single week.

When it comes to activists and organizers, Twitter’s rules suddenly change. Some of the requirements are unobjectionable, such as turning down accounts that primarily engage in racial or religious harassment, as well as groups that promote white supremacy. Great! But that’s just the first step.

Next, activists must satisfy a litany of requirements, such as proving that we are in the top .05 percent of users in a region or coined a popular hashtag. And on top of that, we also have to have a Wikipedia page, Google trends profile, or multiple “featured media references.” What counts as a “feature”? Twitter never says. Twitter did not respond to requests for comment.

When I first applied to Twitter for verification as an activist, I could point to my leadership of S.T.O.P., an internationally recognized privacy group. Despite that, two decades of anti-police activism, hundreds of protests, and thousands of published quotes, I was promptly denied. Flash forward a month, I plugged in a handful of my recent op-eds, and voila, verification. I’m privileged to have enough opinion pieces to qualify as a “journalist,” but many activists aren’t so lucky.

This standard will make it impossible for all but the most high-profile activists to be heard. Many of the people who reshaped the national discussion over racism and police violence are once again being told that their voices don’t matter.

When Angela Lang, founder and executive director of the Milwaukee-based civic engagement group BLOC, decided to get a checkmark, she thought “I’ve done enough. Let’s check out how to be verified.” Despite Lang and Bloc’s nationally recognized work on Black civic engagement, she found herself shut out. When Detroit-based activist and Data 4 Black Lives National Organizing Director Tawana Petty applied, her request was promptly rejected. Posting on the platform that refused to verify her, Petty said, “Unbelievable that creating a popular hashtag would even be a requirement. This process totally misses the point of why so many of us want to be verified.” Petty told me that “I still live with the anxiety that my page might be duplicated and my contacts will be spammed.” Previously, she was forced to shut down pages on other social media platforms to protect loved ones from this sort of abuse.

According to antiracist economist Kim Crayton, verification is important because “that blue check automatically means that what you have to say is of value, and without it, particularly if you’re on the front lines, particularly if you’re a Black woman, you’re questioned.” As Lang says, “Having that verification is another way of elevating those voices as trusted messengers.” According to Virginia Eubanks, an associate professor of political science at the University at Albany, SUNY and author of Automating Inequality, “the blue check isn’t about social affirmation—it’s a safety issue … Someone cloning my account could leave my family or friends vulnerable … and could leave potential sources open to manipulation.