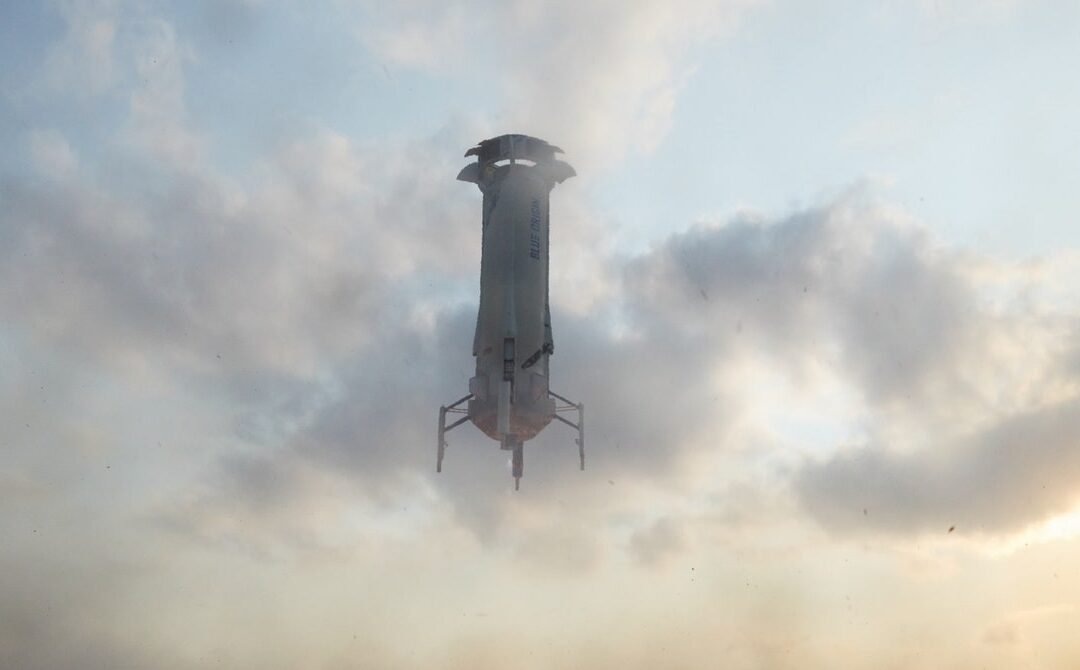 This came on the heels of similarly dreamy exclamations by another space billionaire, Richard Branson, who also portrayed his own self-financed suborbital jaunt as something beyond human language. “I’m never going to be able to do justice to it,” he said at his own press conference. “It’s indescribably beautiful.” A word he kept using was “inspiration”—space, in his view, was not an infinite void but a life-changing mountaintop that symbolizes what humans could accomplish.

Even Virgin’s lead operations engineer, Colin Bennet, who was on the flight, hopped onto the awe train, depicting space as kind of a heaven. “It’s very zen,” he said. “It’s very peaceful up there as well. What jumped out at me were the colors and how far away it looked. … I was just mesmerized.”

Space travel, it seems, is all about inspiration, beauty, and returning … to our natural state?

Of course, we’ve already heard plenty about the intangible magic of gazing down at Earth from NASA astronauts who happened to experience spiritual moments in the course of their work. But as people increasingly visit space not to work, but to indulge in a life-changing experience, revelation moves from a serendipitous side effect to the point of the matter. The premise of space tourism isn’t exactly guaranteed satori, but it’s certainly implied. (That, and a lot of fun floating around. Video from RSS First Step, the capsule of New Shepard, showed the crew tumbling and playing, tossing a ball, and pitching gravity-free Skittles at each other.)

But even as Jeff Bezos was gushing about the amazeball-ness of his flirtation with space, the fact is that ultimately, all of that mumbo jumbo is secondary to him. The thrills and revelations of space travel are but enablers of the main reason he started Blue Origin: To begin a journey on which millions of human beings would leave the Earth to live and reproduce in space colonies, extending our species to over a trillion souls.

He was explicit about it when I spoke to him in 2018: “I like the adventure of space; that’s great,” he said. “But that pales in comparison to the importance of making sure that our grandchildren’s grandchildren don’t face a life of stasis. Basically, we have a choice to make as a civilization, which is do we expand into the solar system or do we accept stasis here on Earth? There have been many reasons over the years that people have given for why we need to go to space, and this is the only one that I personally find super motivating.”

Yesterday at his post-flight press conference, he repeated the message, though tactically avoided explicit talk of space colonies. “What we are doing is not only adventure,” he said. “It’s also important. Because what we are doing is something big. … We’re going to build a road to space so that our kids—and their kids—can build a future.”

He went on to insist that his goal wasn’t escaping Earth, but saving it, as it’s “the only good planet in the solar system.” But as I understood him from hours of conversation in 2018, he sees Earth as a preserve, a haven, that can be conserved once destructive manufacturing is moved to the unimaginable vastness of space so the natural ecology can prosper. People still living here will be Earth’s caretakers. The huge population of humans living in lush galactic colonies—think not of the cramped International Space Station, but massive verdant structures with lakes, shopping malls, and stadiums—can return to their home planet for visits or residencies.