NASA Orders a Second Delay for the Artemis Moon-Bound Rocket 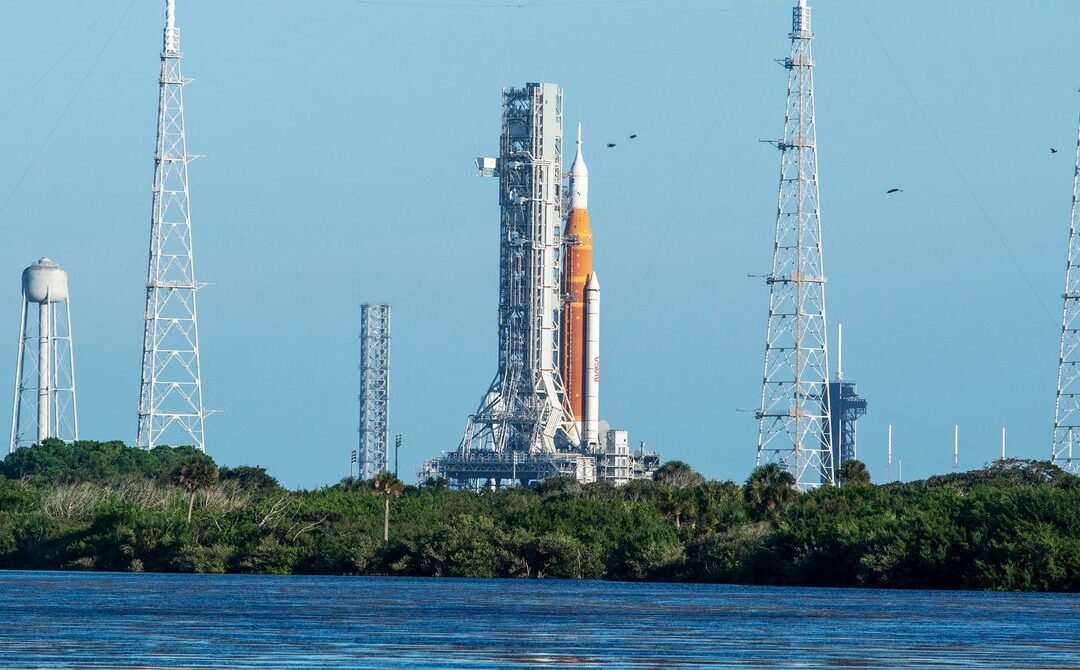 NASA engineers held the countdown at T-40 minutes while troubleshooting for more than an hour. Finally, launch director Charlie Blackwell-Thompson called the attempt a scrub. At a press conference the following day, members of the Artemis team suggested the apparent engine issue might actually have been a sign of a dodgy temperature sensor. “The way the sensor is behaving does not line up with the physics of the situation,” said John Honeycutt, the SLS program manager.

The launch was then pushed back to this weekend, with countdown procedures starting up again early Saturday morning. Anticipating challenges with the propellants, they began the chill-down process, including the kickstart test, about 45 minutes earlier during the countdown procedures. The launch team and weather officer confirmed that the weather was amenable to launch, despite a few intermittent rain showers. They began filling the big orange fuel tank with more than 700,000 gallons of liquid hydrogen and liquid oxygen, supercooled to a frigid -423 and -297 degrees Fahrenheit.

But that’s when the hydrogen leak arose, after the oxygen had been mostly fueled up. “Hydrogen’s difficult to work with,” said Jim Free, associate administrator at NASA headquarters, during the post-scrub press conference. The leak seems to stem from a seal in the 8-inch quick disconnect, a fitting used for the liquid hydrogen supply line from the ground system. Eventually, it became clear that that fitting would have to be removed and replaced.

At 11:17 am Eastern time, Blackwell-Thompson made the call to scrub the launch attempt.

In an industry where “space is hard” is a cliché, such delays aren’t out of the ordinary, even when the weather cooperates. During NASA’s space shuttle program, some ultimately successful launches had to be postponed multiple times. With the SLS—a huge, brand-new rocket with numerous systems to coordinate—the task becomes even more formidable. NASA has 489 “launch commit criteria” that have to be met before they can be “go” for launch, Sarafin said at a press conference on September 1.

NASA may need to delay the Artemis launch until mid-October, to come after SpaceX’s Crew-5 launch at a neighboring pad—which has also been postponed multiple times. That mission will bring two NASA astronauts, a Japanese astronaut, and a Russian cosmonaut, Anna Kikina, to the International Space Station. This will be the first time a Russian will fly aboard a US-made spacecraft since the conflict in Ukraine led to tensions between Roscosmos, NASA, and other space agencies.

The team is still considering whether repairs can be made on the launch pad, or if the rocket must be rolled back to the Vehicle Assembly Building. “There’s a risk versus risk trade-off,” said Sarafin, noting that keeping the rocket on the pad exposes it to environmental risks, but that the quick disconnect seal cannot be tested at cryogenic temperatures inside the building.

A rollback itself is not without risks, since the motion and vibrations can put stress on the rocket. But to minimize wear and tear, the rocket would move no faster than 1 mile per hour on a machine called “the crawler.” That rollback option would ensure a delay until late October, which could also pose risks for the small spacecraft aboard the rocket, intended for their own mini missions. Those spacecraft, called CubeSats, have batteries with limited power—some of them can be recharged, but others can’t. “If we need to roll back to the Vehicle Assembly Building, we can top off the batteries for a number of those,” Sarafin said at the press conference. “It is part of the process of looking at a given launch period.”

Nelson emphasized that Artemis 1 is a test flight and said that today’s pushback is not expected to affect the overall timeline for the program, which aims to send astronauts into lunar orbit aboard Artemis 2 in 2024, and to land them on the moon aboard Artemis 3 in 2025. (That moon landing mission may slip to 2026, however, according to a March assessment by the NASA inspector general.)

While the Artemis team wanted to launch today, NASA officials stressed that the rocket is in good condition, and they say they’re confident that they’ll be able to launch safely in the near future. “We’re not where we want to be, except the vehicle is safe—it’s not safe in orbit, it’s safe on the ground,” Free said.