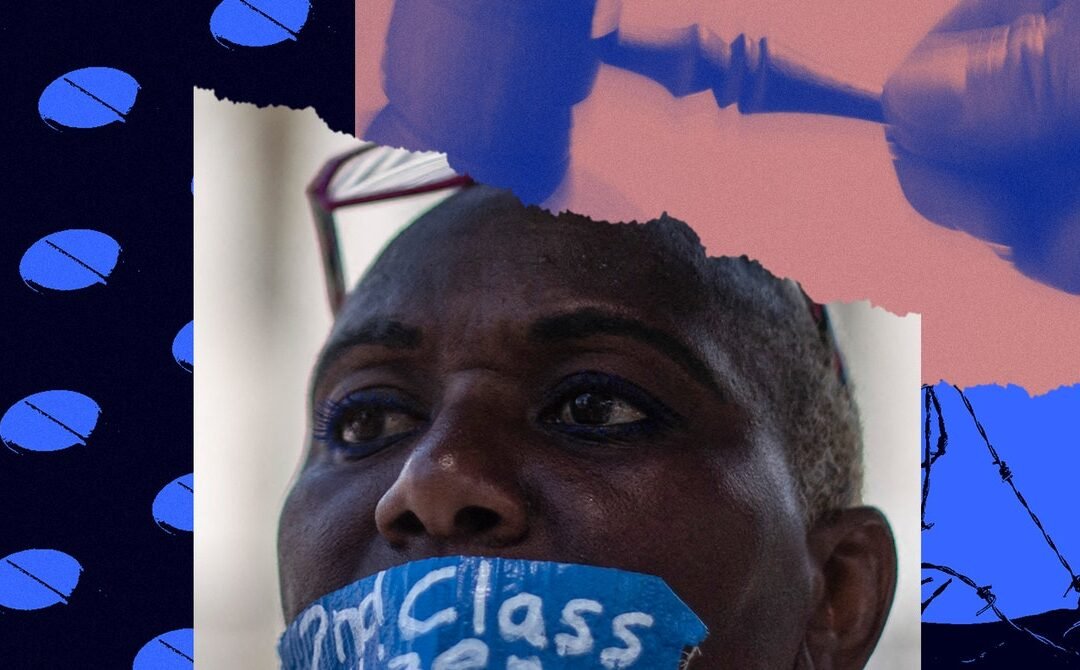 Forced-birth extremists are not satisfied with shutting down abortion clinics. They also want to scrub accurate information about abortion access from the internet. In a post-Roe world, defending online speech about abortion—and the ability for abortion advocates and providers to fundraise and organize online—is a matter of life or death. Democrats who have been misguidedly attacking Section 230 of the Communications Decency Act need to wake up now. If they don’t start listening to the warnings of human rights experts, sex workers, LGBTQ+ folks, and reproductive rights groups, Democrats could help right-wing zealots achieve their goal: mass censorship of online content about abortion.

Since the Supreme Court overturned Roe on June 24, frontline reproductive justice groups have been fighting back—on the ground, in court, and online. Abortion funds across the country have seen a massive influx of donations through crowdfunding platforms. Ad hoc groups have sprung up on places like Reddit and Facebook, where people are sharing resources and facilitating housing and travel for those in need. But all of this is fragile.

Texas has already enacted legislation, known as SB 8, that enables any individual to sue a person or institution for facilitating access to abortion care. That includes sharing information online about managing the abortion process, obtaining an abortion pill, or finding a clinic that offers abortions. The National Right to Life Committee has released a model state law that criminalizes providing or hosting information or assistance on how to get a medical abortion. It specifically says that anti-choice laws must be written to prevent state residents from seeking abortions in states where it is legal to do so. This law is likely to pass in several states.

Section 230 is the last line of defense keeping reproductive health care support, information, and fundraising online. Under Section 230, internet platforms that host and moderate user-generated content cannot generally be sued for that content. Section 230 is not absolute. It does not provide immunity if the platform develops or creates the content, and it does not provide immunity from the enforcement of federal criminal laws. But, crucially, it does protect against criminal liability from state laws.

This means that as Section 230 exists today, a lawsuit from an anti-abortion group concerning speech about reproductive health care or a criminal proceeding launched by a forced-birth state attorney general would be quickly dismissed. If Section 230 is weakened, online platforms like GoFundMe and Twitter, web hosting services, and payment processors like PayPal and Venmo will face a debilitating and expensive onslaught of state law enforcement actions and civil lawsuits claiming they are violating state laws. Even if these lawsuits ultimately fail, without Section 230 as a defense to get them dismissed quickly they will become enormously expensive, even for the largest platforms.

Forced-birth extremists are litigious, well resourced, and ideologically motivated. Tech companies care about making money. Rather than spending tens of millions fighting in court, many online platforms will instead “race to the bottom” and comply with the most restrictive state laws. They’ll change their own rules on what they allow, massively restricting access to information about abortion. As a result, countless groups, pages, online communities, nonprofits, and health care access funds could be shuttered and removed from the internet—from r/AuntieNetwork to the donation options and educational content on Planned Parenthood’s website. We’ll live in a country where lawmakers in Alabama, Mississippi, and Texas get to set the rules for online speech nationwide.