The Best Multi-Tools for Any Task 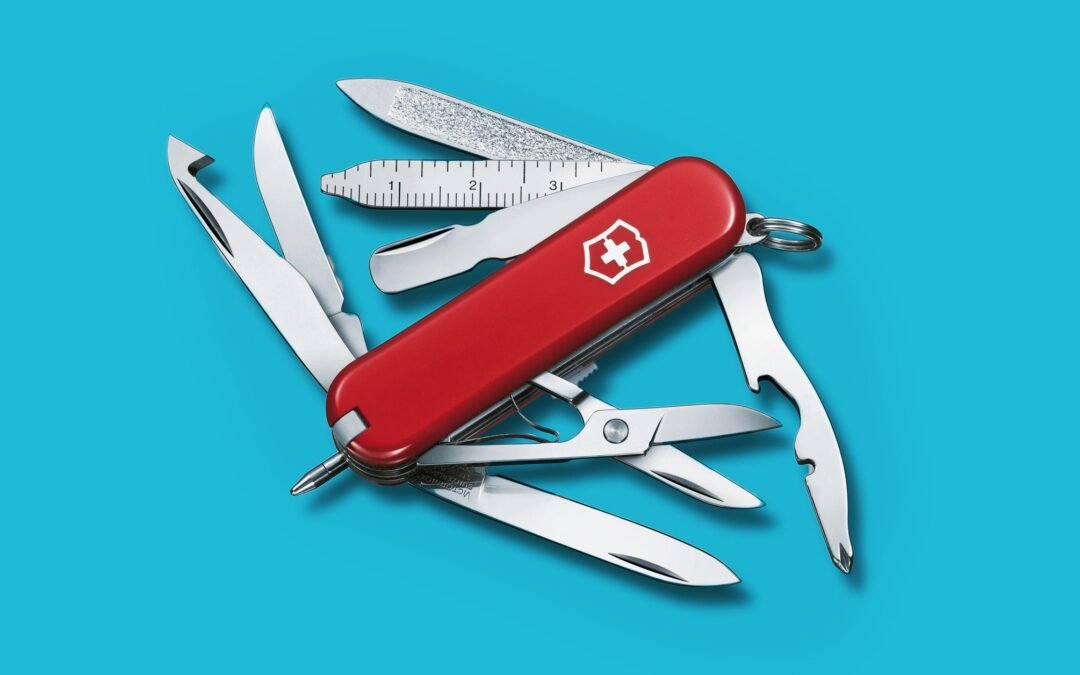 There are a ton of other multi-tools out there, and brands like Leatherman and Victorinox have models upon models that make it confusing to figure out exactly what to get. Here are some others I like.

Leatherman Skeletool CX ($90): This one is slightly smaller than the Wave Plus, but it’s still a standard-sized multi-tool. If you don’t need all the bells and whistles our top pick offers, you can make do with a less bulky gizmo that still has the basic, most-used tools, such as a knife, bottle opener, can opener, bit drivers, and pliers.

Victorinox Swiss Tool ($169): Yes, I did a double-take when I first saw the price tag too. At 10 ounces, it’s on the heavier side as well. But it’s beautifully made, and I dig the boxy, straight-edged handles. Sometimes it’s just nice to have a tool that doesn’t try to look modern. It’s beautiful.

Leatherman Free P4 ($150): I was on the fence about this one. Like most of Leatherman’s lineup, the Free P4 is a quality, well-built tool, but is it worth a $40 increase over our top pick, Leatherman’s own $110 Wave Plus? The big differentiators are that the Free P4, with its 21 tools, uses magnets to open and lock the tool, and a new mechanism to unlock and close the mini-tools that doesn’t rely on putting your finger in the way of the blade. The magnets don’t take any less force to initially open the tool than other Leathermans, but once you get it started, the opening mechanism is very smooth and effortless.

Victorinox Handyman ($56): The Handyman is not any bigger than a standard-sized multi-tool, but its heft comes from being taller than it is wide, so it feels bulkier in the hand. It’s not unmanageable, but a four-layer Swiss Army Knife like the Deluxe Tinker makes for a more portable choice. Still, for less money you get a nice array of tools, including a corkscrew, a wood saw, and a file.

Smallrig Universal Multi-Tool for Videographers ($30): If you find yourself lugging around a lot of videography equipment, like our product reviewer Eric Ravenscraft, you might want a multi-tool made for adjusting and maintaining cameras without knives and pliers. The Smallrig consists of nine tools, including hex keys in multiple sizes common to cameras, a Phillips-head screwdriver, and a pair of flat-head screwdrivers. Eric likes the wider flat head for screwing down and removing tripod heads, which he says typically get scraped and chewed up by smaller screwdrivers.

Leatherman Micra ($57): Instead of pliers, the Micra opens up into a pair of scissors. It feels like it’s made of cheaper materials and has thinner tool blades than the Victorinox Mini Champ, which is of a similar size, purpose, and price. The spring-loaded mechanism is tough to open and close without poking yourself. But it has character, and I like the little thing. It’s a good alternative to the Mini Champ, especially if you want a tiny multi-tool that revolves around scissors.

Leatherman Wingman ($70): The Wingman just feels great to use. No wildly textured surfaces, and no plastic anywhere. The smooth scales feel old-school, in a good, “remember back when” way, similar to the Victorinox Swiss Tool. It has 14 tools in its handles, all of which slide open and close as smoothly as if they were buttered. The whole package folds down to only 4 inches long and weighs 7 ounces. At this price, it’s a great bargain.

Leatherman Raptor Response ($80): Rather than taking the form of pliers, these medical shears feature a blunt tip so that medics don’t accidentally stab a patient while trying to cut through clothing. The Raptor Response is very niche. If you have to ask, then no, you don’t need it. But for an EMT or a wilderness medic on remote backcountry trips, it’s an ingenious packaging solution that includes an oxygen tank wrench and ring cutter (for cutting through constricting jewelry).