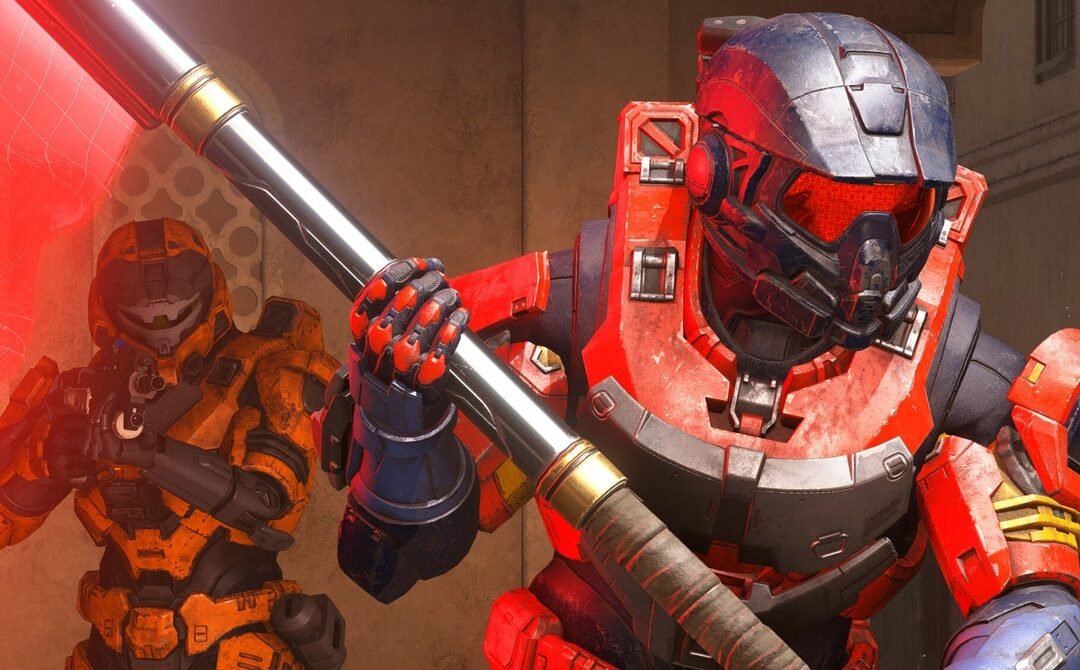 “That was good,” he said. “Like how I remember it. I thought it would be like Call of Duty.”

The difference between Call of Duty and Halo, says French, has always been the time to kill. In the former, death takes a split second: You just have to spot someone first. In Halo, he says, shields mean that it takes longer to down an enemy. Even taken by a surprise, a good player can win out over a bad one.

This is the combat dance, says French: that gut-level pull toward your opponent when you spot them; the tense exchange of grenades, bullets, and gun butts to the face. This all within a world inviting experimentation, where throwing a plasma grenade beneath a warthog might launch it high enough that you could launch it higher still with a rocket, all in the hope that you can follow that debris up into the clouds with a well-timed grapple hook and then pull out a sniper rifle and shoot someone in the head. Like this.

French isn’t shy about admitting it: The pinnacle of Halo multiplayer was Halo 3.

To recapture that magic, they needed to go back to basics. The game was guided by a Squid Game-like mantra: Everyone gets a fair start. Other titles might have load-out systems, or class systems, or a set hero with specific capabilities, but in Halo, everyone must start at the same power level. Variation is determined by scavenging.

“Scavenging is law,” says French. You need to case the level for that drop shield or shock rifle that will turn the tide in your favor. Some innovations from previous games, like the oft-debated sprint, complemented this dance. But in general the Spartan in Halo 5, says French, was just too powerful off of spawn. They had to strip it back. “The amount of things you can do with the thruster, the ground pound, the shoulder charge, we wanted to pull back in the competitive game,” he says. “We wanted to strip the Spartan back and go back to the idea that you’re just the Spartan at its core.”

Halo’s 4-vs-4 arena matches are undoubtedly different from the gaming zeitgeist. The team looked at other shooters, of course, all of them actually, says Staten. So they addressed the billion-dollar warthog in the room: battle royale. When the team told IGN in 2019 that “the only BR we’re really interested in is Battle Rifle,” this was a slight exaggeration. “When we started working on the game, we obviously talked about it,” says French. There were some experiments during development that broke the core tenants of the game. Battle royale actually wasn’t one. There is room in Halo, says French, for a battle royale mode. But with the campaign experimenting with the open world, and Halo transitioning into a live service game, they just couldn’t do it all at once. Someday they may make a battle royale. For now, you can make it in the forge (coming in May 2022.) For now, he says, the game is fresh, different from the competition.