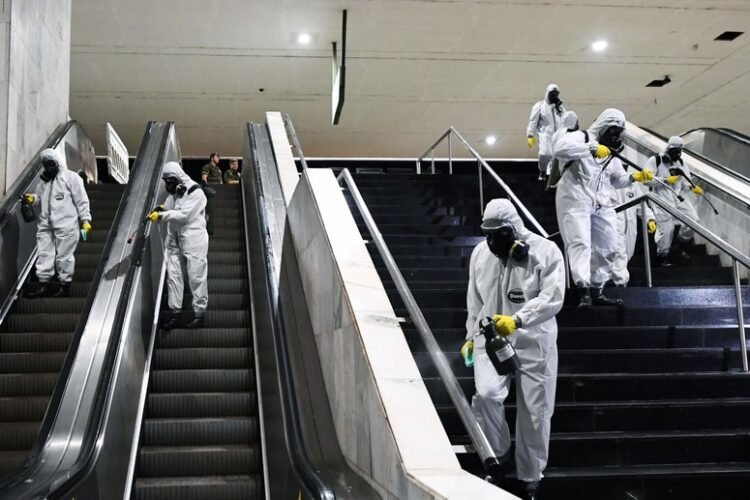 Two dreaded coronavirus variants are swiftly overthrowing the previously most-dreaded variant in the US. Their ascendance is making experts worry that the country could see continued outbreaks and resurgences of Covid-19 unless the current sluggish pace of vaccination quickens.

Alpha—the variant formerly known as B.1.1.7 and first identified in the UK—swept the country at the start of the year. It’s estimated to be around 50 percent more transmissible than the version of the pandemic coronavirus, SARS-CoV-2, that mushroomed out of Wuhan, China, in 2020. Alpha’s rise in the UK last fall was linked to a surge in cases as the virus variant quickly accounted for more than 90 percent of cases there. Likewise, in the US, Alpha became the predominant strain in a matter of months this year and accounted for around 70 percent of the circulating strains by the end of April.

But according to fresh data, two other variants now threaten Alpha’s reign in the US: Delta (aka B.1.617.2, first detected in India) and Gamma (aka P.1, first detected in Brazil and Japan). Delta is considered the most concerning variant seen yet. Though vaccines are still effective against Delta, the variant is estimated to be 50 percent to 60 percent more contagious than Alpha, and evidence suggests that it may cause more severe disease. When Delta first appeared in the UK at the start of April, it rapidly overcame Alpha and now accounts for around 90 percent of new cases. Gamma, on the other hand, is not such a rapid spreader, but it does slightly knock back the effectiveness of vaccines.

Data from the Centers for Disease Control and Prevention presented in a White House press conference Tuesday estimate that, as of June 19, Delta’s share of cases nationwide is now up to 20.6 percent.

The preprint study, which has not been peer-reviewed, was run by California-based researchers at the genomics company Helix. The company is working with the CDC to help monitor SARS-CoV-2 variants. Helix researchers had data on nearly 244,000 positive SARS-CoV-2 samples collected since January 2021. And they had the genetic sequences of nearly 20,000 virus isolates collected across 747 counties nationwide since April.

The study has limitations, most notably the smaller number of samples collected in recent weeks given a welcomed slowdown in transmission. Though the authors suggest their dataset shouldn’t be biased toward any specific variant, they do note that the samples “do not proportionally represent the different areas of the United States by population.” About 25 percent of the samples were collected from Florida, for instance. However, when they did break-out analyses, they could still see nationwide trends.

Overall, the data was clear that Delta and Gamma are taking over. And Delta in particular is spreading the fastest. It is outpacing Gamma and is set to become the predominant variant in the US, as happened in the UK.

Still, both variants have advantages. When the researchers looked at how the two variants were spreading in various counties, they found that:

The growth curve for [Delta], which is more transmissible but against which vaccines are highly effective, shows faster growth in counties with lower vaccination rates. In contrast, [Gamma], which is less transmissible but against which vaccines have somewhat less efficacy, has a higher prevalence in counties with higher vaccination rates.

The data supports experts’ calls for people to get vaccinated and for vaccinated people to remain vigilant. In the White House press briefing Tuesday, top infectious disease expert Anthony Fauci echoed the concern, calling Delta the “greatest threat” to the country’s path out of the pandemic.

Fauci noted that 34 states have less than 70 percent of their adult populations vaccinated. There’s a “real danger,” Fauci said, that the Delta variant could drive local surges in Covid-19 cases into the fall in places with low vaccination rates.

“Conclusion: We have the tools,” he said, referring to effective vaccines, “so let’s use them and crush the outbreak.”

More From WIRED on Covid-19