The Man, the Myth, and the Metaverse 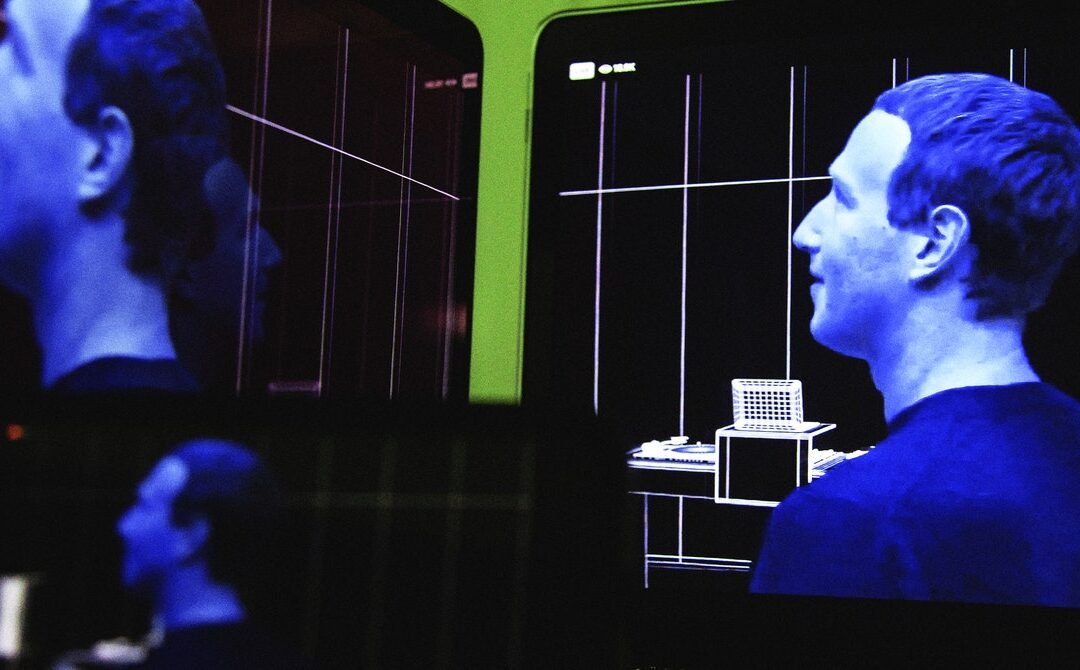 Despite Mark Zuckerberg bloviating about the world-changing virtues of the metaverse for 87 minutes last month, his Connect 2021 keynote’s most truthful and telling moment came in a disclaimer that appeared before he even began speaking. “Actual results may differ materially than those expressed or implied in our forward-looking statements,” it read. “We undertake no obligation to revise or publicly release the results of any revision to these forward-looking statements.”

The fine print wasn’t just a legalese caveat excusing the company’s liability against anyone unable to distinguish between design fictions and product launches (sorry to everyone who was dusting off their chess board, preparing to play with a holographic opponent). It was also a caveat for the professed intentions of Facebook, now Meta, that Zuckerberg extolled throughout his presentation. He suggested Meta was going to be a team player, leaning into the language of openness and interoperability; that his company would be a metaverse company, joining those that predate Facebook. But actual results, the disclaimer reminds, may differ. Likewise, while Zuckerberg described the metaverse as “the next platform” in a tidy lineage from desktop to networked to mobile computing, we should be concerned that his intended metaverse is “the final platform.” Zuckerberg’s narrative of the metaverse as information technology’s culmination has power because it reinforces a grander myth of progress; a myth that stretches back to the 19th century and shapes Silicon Valley’s self-understanding. This is also a myth of domination, erasure, and violence. Ironically, conceptualizing the metaverse as the final platform abruptly draws to a close the myth of progress, so potent because of its open-endedness. Unintentionally, Zuckerberg has provided critics and enthusiasts alike the opportunity to create new narratives.

VR, and the metaverse it now enables, has long been figured as the ultimate or final destination in the evolution of computing. This was first anticipated in 1965 in a short but memorable paper by Ivan Sutherland, a scientist at the vanguard of computer graphics, that imagined what he called “The Ultimate Display.” This was “a looking-glass into the mathematical wonderland” that engaged all bodily senses. Users stepping through this looking-glass would be immersed in “a room within which the computer can control the existence of matter. A chair displayed in such a room would be good enough to sit in … a bullet displayed in such a room would be fatal.” By 1968, Sutherland had built the Sword of Damocles, a behemoth head-mounted display that many recognize as the first VR prototype.

Decades later, in a 2015 TED talk, the founder of VR company Within, Chris Milk, echoed VR’s “ultimate” mythos when he described VR as “the ultimate empathy machine,” capable of making the wealthy West feel more deeply for those less advantaged. In a blog post a year later, Milk dubbed VR “the last medium” because it eliminates the external frame (a limited screen) and moves the mediated experience within us—“the embodied internet,” as Zuck describes in his keynote. VR is a platform, Milk wrote, “for sharing our inner self—our very humanity.” In October 2021, Meta announced that it had purchased Within, not for its humanitarian VR experiences, but for its pandemic-popular Supernatural fitness app.

Within is only the most recent of Facebook’s conquests to believe in VR’s “ultimate” stature. Facebook acquired Oculus for $2 billion in 2014. In a 2015 Time cover story about Oculus founder Palmer Luckey, he’s described as loving Neal Stephenson’s Snow Crash, the novel in which “the metaverse” is coined. However, according to Luckey, a book is inherently limited in “the stimulus it supplies.” VR, on the other hand, “is the final platform” in that its sensorial experiences will one day be limitless.