The Mandalorian Could Use a Watson 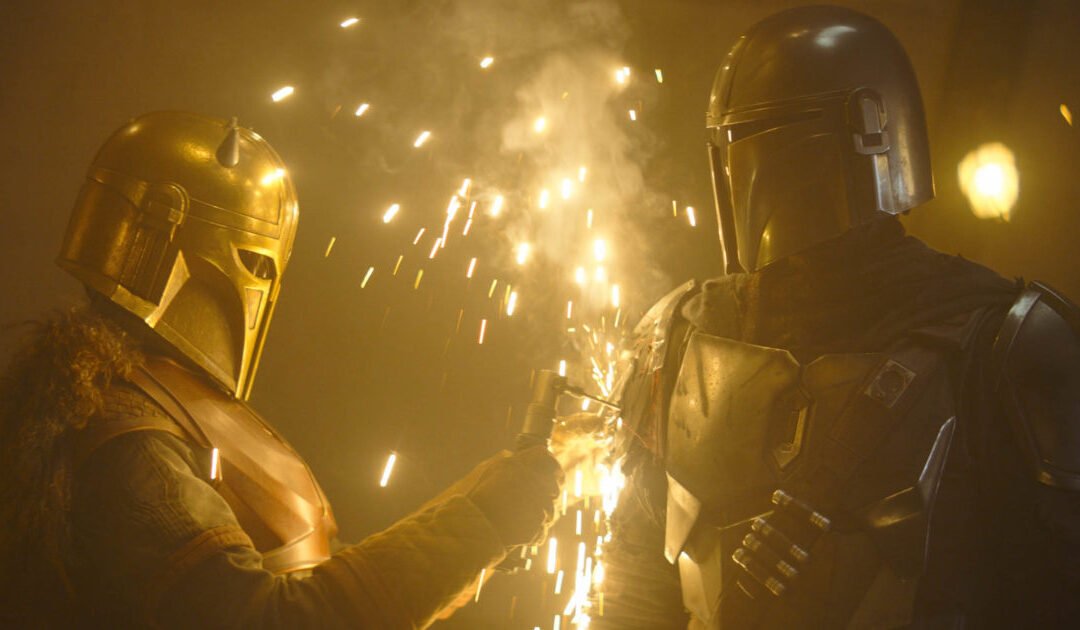 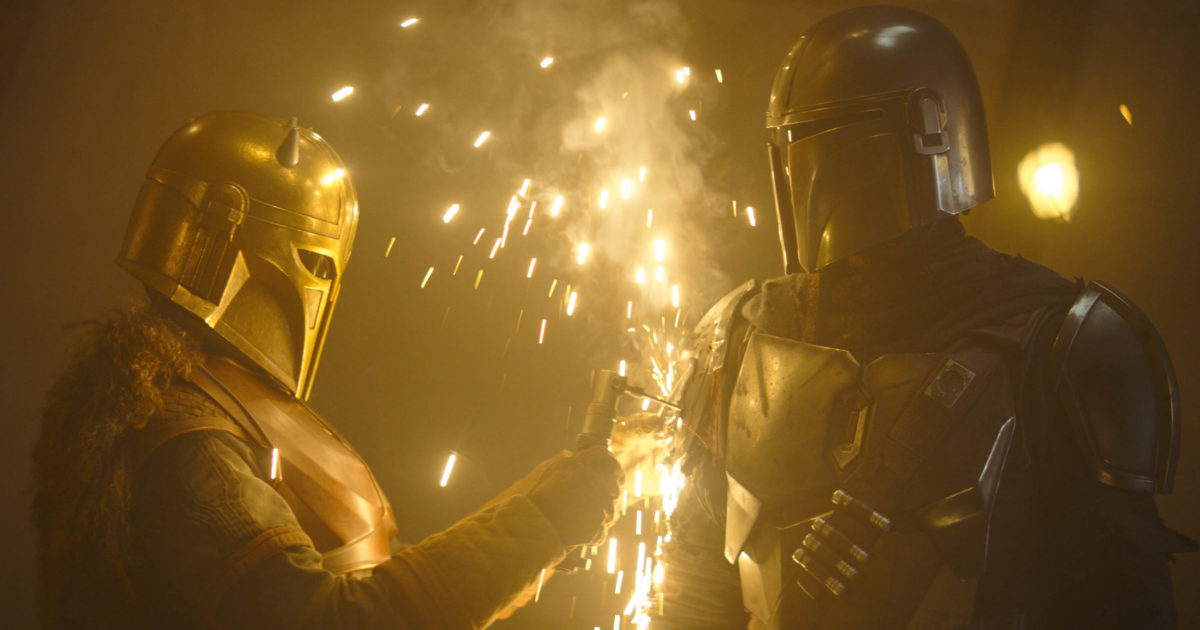 “One of the things I’ve always wanted to see from the Star Wars universe is them tackling other genres, so not just space opera, but Westerns, thrillers, spy stuff, whatever,” Khanna says in Episode 395 of the Geek’s Guide to the Galaxy podcast. “I think the universe is broad enough and deep enough to handle that, so to have this Western feel worked really well for me.”

Din Djarin is a man of few words, and for virtually the entire show his face is hidden behind an expressionless metal helmet. Geek’s Guide to the Galaxy host David Barr Kirtley says that’s appropriate, since the character is clearly intended to capitalize on the popularity of another Star Wars bounty hunter, Boba Fett.

But science fiction author Matthew Kressel found the lack of characterization frustrating, particularly over the course of an eight-episode TV show. “You get tiny little glimpses of who he is, but every time they give you a glimpse, it’s a cliché,” Kressel says. “Who is he? What are his values? What does he think? Does he have any great desires? I never got any of that.”

Fantasy author Erin Lindsey says the solution might be to pair Din Djarin with a more relatable sidekick, similar to the dynamic between Sherlock Holmes and Watson. This would allow Din Djarin to remain aloof and mysterious while still providing opportunities for richer characterization and emotional connection.

“We don’t have to understand him, but we do need to attach to him somehow, even if it’s via a third party,” she says.

Listen to the complete interview with Rajan Khanna, Matthew Kressel, and Erin Lindsey in Episode 395 of Geek’s Guide to the Galaxy (above). And check out some highlights from the discussion below.

“This was really bringing back memories of watching The Adventures of Brisco County, Jr. with my dad. I don’t actually remember the show that well. It’s a Western—I think sort of a Weird Western or Steampunk Western or something—but I just vividly remember the feeling of watching that show with my dad, and this really brought back those memories, because it does have this very distinct Old West kind of vibe to it. … What this show is doing is it’s a conscious repudiation of all the advances that TV storytelling has made in the last 20 years. Particularly in the middle, it’s very episodic. It’s simple and straightforward, and the characters are fairly straightforward, and it’s just fun. I think a lot of your reaction to it is going to be whether you find that return to a simpler era of television to be refreshing and nostalgic or just retrograde.”

“I see this a lot in bad storytelling, where the storyteller wants a specific thing to happen, so they manipulate the reality of the world to make that happen. And in [the episode called] ‘The Prisoner,’ it’s this stupid beacon. It’s like, ‘Oh, if you press this beacon then X-wings come and blow you up.’ And I’m like, ‘OK? I guess?’ So apparently you could just take that beacon and put it anywhere, and the X-wings would come and be like, ‘Well, that’s the beacon, I guess we should blow it up.’ What reality is this in? And why is this prison ship not traveling through hyperspace? Why is it traveling through space at a slow speed? I don’t get that. So there were just really weird, stupid plot choices.”

“Giancarlo Esposito is one of my favorite television actors. He’s played one of the most chilling television villains of all time. So they have some great raw clay to work with there. Clearly their intention with this season—at least I think so—was just to introduce him and let us know that he exists, and presumably he’s a recurring big bad in the next season, which is one of the reasons I’m excited. But one of the things that makes Giancarlo Esposito so amazing is that he’s such a subtle actor, and how do you really get the best out of a subtle actor in a black cape and Darth Vader outfit surrounded by stormtroopers? That’s about as subtle as a sledgehammer. So it’s going to be really interesting to watch how they blend those two things.”

“I’ve always wanted more of a bounty hunter ‘scum and villany’ focus, so I think that was great. It harkens back to the ‘Han shoots first’ era of Star Wars. There’s a point at which the Mandalorian disintegrates a couple of Jawas right off the bat, and nothing is made of it. He doesn’t feel super guilty or whatever. And I kind of liked that focus. … I really liked the fact that the big bad [in episode 4]—the big thing that was so difficult and dangerous—was just an AT-ST Walker, which we’ve seen many times before, and Ewoks are able to kill them with two logs, but on this scale it’s something that’s devastating, and it takes this big effort to bring it down, which I appreciated. I liked seeing that smaller scale.”