They Role-Played Fascism in Roblox. Were They Fashies IRL? 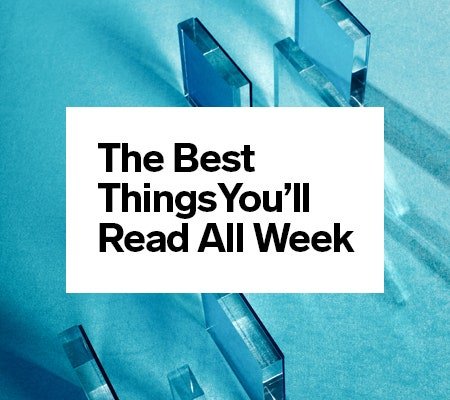 Earlier this year, Ferguson took me to Rome. Or rather, he took me to a dusty, far-flung Roman outpost called Parthia, which, for complex reasons involving a catfish and some stolen source code, is the most Malcolm ever got around to building. My avatar materialized beyond the settlement’s walls, beside some concrete storehouses. The label “Outsider” appeared next to my username. Ferguson was pacing toward me in a cowboy hat with antlers, and I hopped over a line of wooden looms to meet him.

The area appeared deserted. On a typical day in 2014 or 2015, he explained over Discord voice chat, this was where “random children” would craft weapons and tools. He gestured toward some stone barracks in the distance. “Over there,” he said, “there would be legionaries watching the barbarians and practicing formations.” A barbarian was any player who hadn’t yet been admitted into Parthia’s rigid hierarchy. Inside the outpost, the rankings got more granular—commoner, foreigner, servant, patrician, legionary, commander, senator, magistrate.

Ferguson, whose title was aedile, was in charge of the markets and the slaves. “They’re not technically slaves,” he explained. “They’re, in a sense, submitting their free will to participate in a system where they’re told everything to do.” (W, A, S, D.) Slaves could earn their citizenship over time, either through service or by signing up to be gladiators. When a Roblox employee visited the group once, he says, Ferguson helped stage a battle between two slaves in the amphitheater.

“We have started a Redpill the Youth project which is going on in Roblox.”

As Ferguson and I walked the rust-­colored pathways toward Parthia’s towering gate, he described the exhaustive spreadsheets that he and others had kept about the group’s economic system, military strategy, governance policies, and citizenry. Unlike other ­Roblox role-plays of its era, Parthia stored your inventory between login sessions, which meant that whatever you crafted or mined would still be there the next time. This apparently cutting-edge development enticed some players, but what kept them logging in day after day was the culture.

Another of Malcolm’s former followers, a player I’ll call Chip, joined when he was 14. He says he liked the structured social interactions, the definite ranks, how knowable it all was. “I’ve always been the kind of gamer who prefers a serious environment,” he says. As a middle schooler in Texas, he felt like a computer missing part of its code—never quite sure “how to be normal, how to interact with people, how to not be weird.”

Parthian society was a product of Malcolm’s increasingly bigoted politics and his fierce need for control, three former members say. The outpost’s laws classified support for race-mixing, feminism, and gay people as “degeneracy.” They also required one player in the group, who is Jewish in real life, to wear “the Judea tunic or be arrested on sight.” Inside Parthia, vigiles patrolled the streets. We’d be stopped, Ferguson said, for having the wrong skin tone. (My avatar’s skin was olive.) The players voted overwhelmingly to allow Malcolm to execute whomever he wanted.

We approached Parthia’s gate, which was on the other side of a wooden bridge. Ferguson faced me and stuck his hand out. “If you’re an outsider, they’d go like this to you,” he said, blocking my avatar’s path. A bubble with the words “Outsiders not allowed” appeared above his head. The gate itself was closed, so Ferguson and I took turns double-jumping off each other’s heads to scale the wall. On the other side, I got my first glimpse inside Parthia.

Ferguson and Malcolm had talked a talented ­Roblox architect into designing it. Everything was big, big, big—columned public buildings, looming aqueducts, a mud-brown sprawl of rectangular buildings stocked with endless tiny rooms. After a brief tour, we ascended a ladder into a half-dome cupola. “If you had wealth or a name, you were standing here,” Ferguson said. “You’re supposed to be admiring yourself, your success, and looking down on the barbarians.” Romans would hang out, talk, collect social status, and, in Ferguson’s words, “smell their own farts all day.”

One of the most exclusive cliques in Parthia was the Praetorian Guard, Malcolm’s personal army. According to several former members, he sometimes asked high-ranking members to read SS manuals and listen to a far-right podcast about a school shooter. (“Simple friendly banter among friends,” Malcolm says.) Chip started an Einsatzgruppen division, a reference to the Nazis’ mobile death squads—partly because he thought it would get laughs, he says, and partly to please the caesar. In one case, memorialized on YouTube, Malcolm’s henchmen executed someone for saying they didn’t “care about” the architect’s girlfriend, Cleopatra. Chip still thinks that, for a lot of people, fascism started as a joke. “Until one day it’s not ironic to them,” he says. “One day they are arguing and fully believe what they’re saying.”

When it comes to Malcolm’s fascist leanings, Chip says, “On the stand, under oath, I would say yes, I believe he actually thought these things.” Malcolm, who says he is “just a libertarian on the books,” disagrees. “It’s always been just trolling or role-­playing,” he says. “I’m just a history buff. I don’t care for the application of any of it in a real-world setting.”