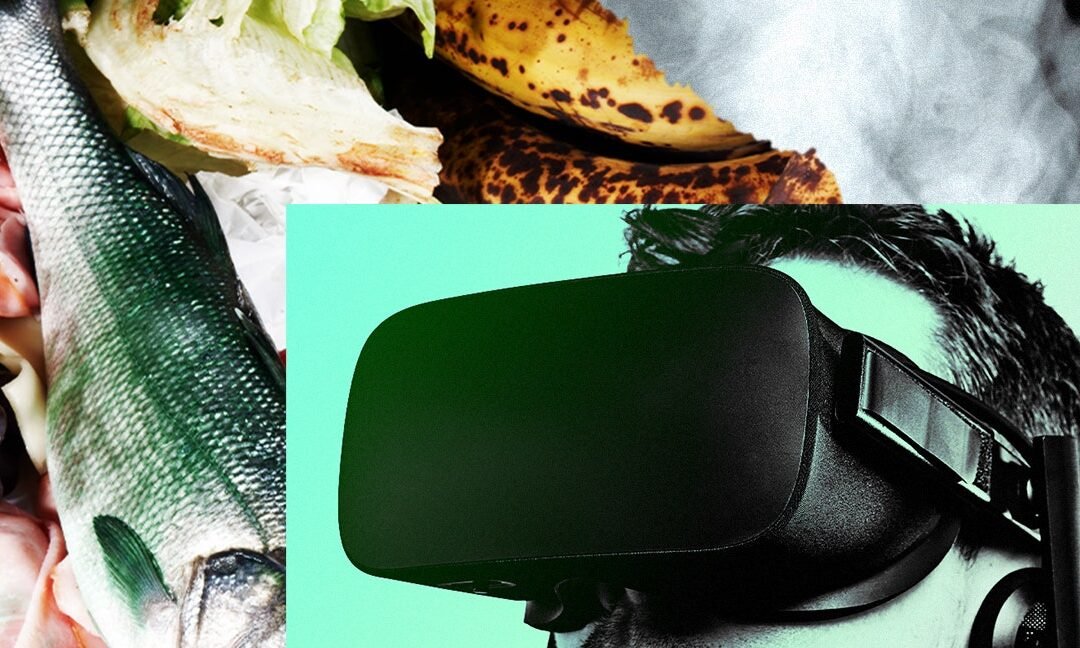 VR still stinks, and its stench has many notes. It reeks of rich white guys, who wildly overfund and consistently overhype the always-on-the-verge-of-a-breakthrough technology. It has a festering funk of entrenched privilege, despite its purveyors’ claims that it fosters empathy and inclusion. It’s too expensive and only getting more so. Meta’s and the crypto community’s forays into VR stand to make VR more putrid. It also, some complain, smells underbaked: In VR, nobody has legs. But perhaps more than anything, the metaverse stinks because it doesn’t smell like anything.

Smell is VR’s blind spot. Most VR technologists don’t even notice the lack of smells or worry about its consequences, despite the fact that convincing smell technology is becoming available.

Smell is arguably our realest sense—the sense that most grounds us in reality. If virtual reality wants to deliver on its potential, it needs to wake up and smell its nauseating scentlessness.

Before you turn your nose up at Smell-O-Vision 2.0, get a whiff of what whiffing can do for you.

Smell helps us detect incoming threats. We won’t eat food that smells spoiled, and we move away from a hint of smoke or gas. We are evolutionarily programmed to respond to smells swiftly, and make lasting judgments about them. Threat-detection in smell also reminds us that we’re vulnerable, and blurs the lines between our bodies and the environment. These factors all deepen immersion—one of virtual reality’s chief aims.

Smell also raises the emotional stakes and situates an experience inside our personal histories. For sight, sound, taste, and touch, a stimulus travels from the sensory organ to the brain’s more evolutionarily recent thalamus, which handles complex processing skills. Smell is different: It’s all old brain. Smells bypass the thalamus, traveling straight from the nose to the olfactory bulbs located behind the spot where eyeglasses rest on your face. This tongue-like protrusion of nerves both processes smells in the brain and is closely entangled with older brain regions, specifically the amygdala, which handles emotions, and the hippocampus, which deals with memory. When an important memory forms, you usually feel emotions. If you’re also smelling something, memory, emotion, and smell will fuse. Hence why smells conjure memories with such startling vividness: the bright, acrid hit of chlorine undercut with stale sweat that situates you unmistakably back in your high school swim team’s locker room; the downy mix of rosewater, burnt toast, and cigarettes that evokes your grandma’s love.

Nonthreatening smells also guide us in surprising ways. Smell helps you choose a mate whose immune system would combine robustly with yours for strong offspring. (It plays a real if lesser-understood role in non-heterosexual mating too.) You can sense other people’s emotions—fear, happiness, disgust—via bodily smell alone. Parents can identify their newborns by smell, even after acquaintances brief as ten minutes. Smell is intimacy made sensate. Its knowledge precedes words. Smelling makes people uncomfortable because it mashes all the limbic buttons and leaves us bereft of language. Unlike vision, which surveys and controls a scene from an emotional distance, smells act upon us instantly and make us relinquish our agency. All this can deepen immersion.

Most importantly, smell matters because all our senses concatenate and build on each other. Smell is a “support” sense: not always noticeable, but often operating powerfully under the radar, and easily activating strong emotions, judgments, and memories without conscious thought.

In contrast, the loss of smell, anosmia, is almost invariably described by those who’ve had the condition as awful. Covid anosmics suffer from higher rates of depression and anxiety. They lose interest in sex as well as food, since taste is so dependent on smell. Most of these people regain their smelling capabilities, but it may take months.