What Germany’s Lack of Race Data Means During a Pandemic 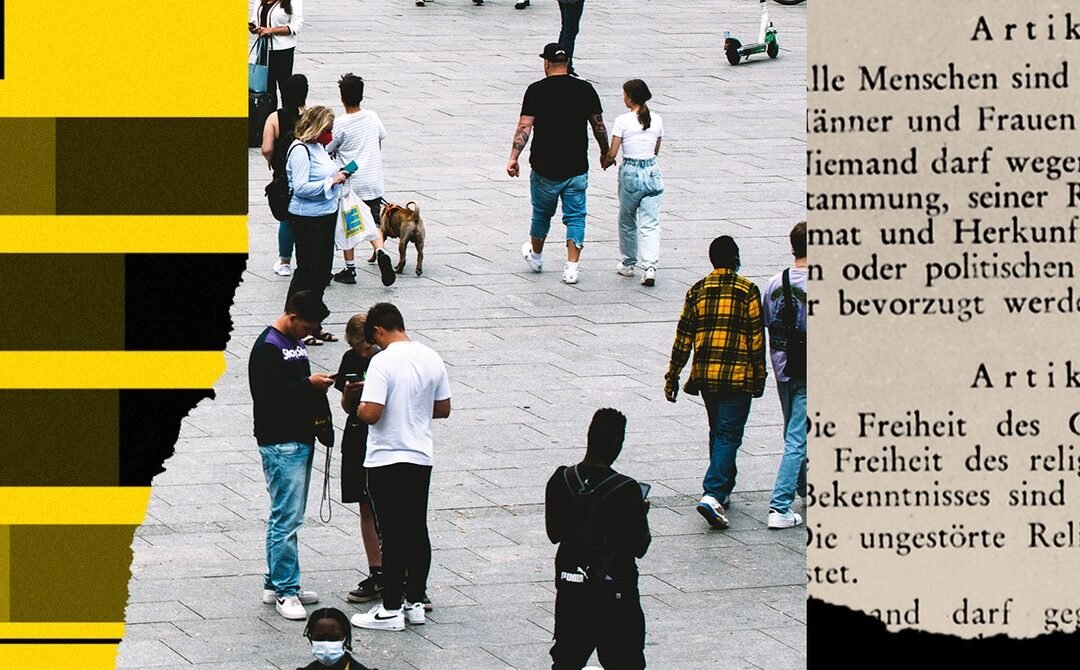 “What do you think the rate of Covid-19 is for us?” This is the question that many Black people living in Berlin asked me at the beginning of March 2020. The answer: We don’t know. Unlike other countries, notably the United States and the United Kingdom, the German government does not record racial identity information in official documents and statistics. Due to the country’s history with the Holocaust, calling Rasse (race) by its name has long been contested.

To some, data that focuses on race without considering intersecting factors such as class, neighborhood, environment, or genetics rings with furtive deception, because it might fail to encapsulate the multitude of elements that impact well-being. Similarly, some information makes it difficult to categorize a person into one identity: A multiracial person may not wish to choose one racial group, one of many conundrums that complicate the denotation of demographics. There is also the element of trust. If there are reliable statistics that document racial data and health in Germany, what will be done about it, and what does it mean for the government to potentially access, collect, or use this information? As with the history of artificial intelligence, figures often poorly capture the experiences of Black people, or are often misused. Would people have confidence in the German government to prioritize the interests of ethnic or racial minorities and other marginalized groups, specifically with respect to health and medicine?

Nevertheless, the absence of data collection around racial identity may conceal how certain groups might be disproportionately impacted by a malady. Racial self-identities can be a marker for data scientists and public health officials to understand the rates or trends of diseases, whether it’s breast cancer or Covid-19. Race data has been helpful for understanding inequities in many contexts. In the US, statistics on maternal mortality and race have been a portent for exposing how African Americans are disproportionately affected, and have since been a persuasive foundation for shifting behavior, resources, and policy on birthing practices.

In 2020, the educational association Each One Teach One, in partnership with Citizens for Europe, launched The Afrozensus, the first large-scale sociological study on Black people living in Germany, inquiring about employment, housing, and health—part of deepening insight into the ethnic makeup of this group and the institutional discrimination that they might face. Of the 5,000 people that took part in the survey, a little over 70 percent were born in Germany, with the other top four being the United States, Nigeria, Ghana, and Kenya. Germany’s Afro-German population is heterogenous, a reflection of an African diaspora that hails from various migrations, whether it be Fulani people from Senegal or the descendants of slaves from the Americas. “Black,” as an identity, does not and cannot grasp the cultural and linguistic richness that exists among the people who fit into this category, but it may be part of a tableau for gathering shared experiences or systematic inequities.“I think that the Afrozensus didn’t reveal anything that Black people didn’t already know,” said Jeff Kwasi Klein, Project Manager of Each One Teach. “Yes, there is discrimination in all walks of life.” The results from this first attempt at race-based data collection show that ignoring Rasse has not allowed racial minorities to elide prejudice in Germany.

The idea that Europeans might use the term “Rasse” was not uncommon in the 18th century. In fact, some of the most renowned scientists of the time not only employed the term but created a pseudoscientific rubric to codify people. German physician and naturalist Johann Blumenbach coined the term “Caucasian” in his 1775 publication On the Natural Varieties of Mankind, in which he classified humans into five races. His colleague, Swedish botanist Carl Linnaeus, followed suit, constructing a taxonomy for humans into four different varieties: Europeans, Americans, Africans, and Asians. Zoé Samudzi notes that under the auspices of colonialism, German scientists such as Eugen Fischer resorted to using color charts and hair textures of mixed-race people in German African colonies to justify antimiscegenation and eugenicist claims. Fischer’s work would later inform the Nazi racial classification system and the Nuremberg Laws, which argued that German identity was based on jus sanguinis, not place of birth. The exclusion of Jewish and African-descended people from Germanness also meant that the Nazi state discouraged interracial marriages. In Superior: The Return of Race Science, Angela Saini evinced that the misperception that some racial categories are superior to others is not a relic of the pseudoscientific past, but a phenomenon that Euro-American societies have been grappling with throughout the 20th and 21st centuries.

Rather than fixate on strict, formulaic racial categories, many contemporary scientists are trying instead to apprehend human movement and human ecosystems. Evolutionary biologists have demonstrated that cultural adaptations matter far more than phenotype. Skin color, which relates to the distribution of melanin in the skin, has been associated with early human settlements relative to the equator. Unsurprisingly, the closer humans settled to the equator, the more melanin there was in their skin, and the farther away from the equator the fairer the skin. If we look at another factor also based on the environment, we find that skin color–which is only sometimes correlated with race–is an arbitrary category to define human difference. One condition, sickle cell anemia, is a mutation that occurs in people affected by malaria, which is more prominent in climates with heavy rainfall. This propels people to believe that individuals with the sickle cell trait are descended from ancestors who had to deal with the malaria parasite themselves in places like central India, eastern Saudi Arabia, and equatorial Africa. If we were to group humans alongside traits that dealt with environmental conditions, such as the sickle cell trait, would our categories for racializing humans change? Science is a bricolage in which no single gene or feature can explain human evolution. Whether to use the term “Rasse” in the German constitution—never mind the question of data collection—is a live dispute that attempts to complicate history with lived reality.