You—Yes, You!—Would Be a Better Owner for Twitter Than Elon Musk 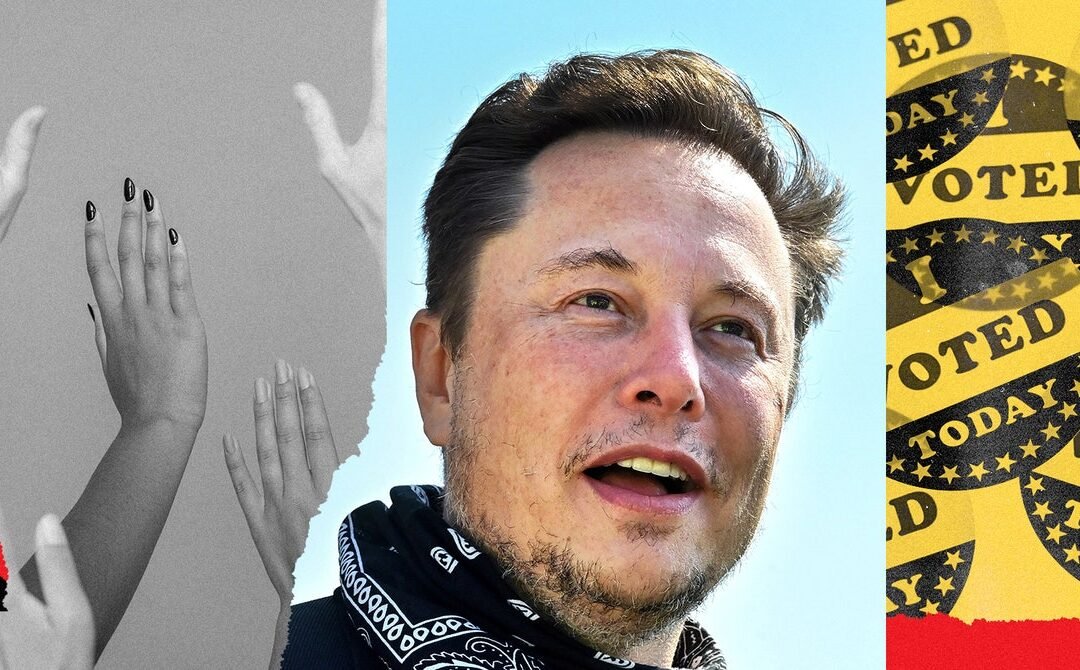 As he toyed with joining Twitter’s board or outright buying the company this week, Elon Musk tweeted a series of ideas for the platform, from a renewed commitment to “free speech” to an edit button for tweets. Waves of users weighed in, knowing full well that any changes would be made in-house. But what if ordinary Twitter users had actual power in these decisions? Rather than merely favoriting and retweeting, what if they could suggest and vote on the policies that affected their experience online?

Twitter’s ownership problem began long before Musk’s machinations. The conversations and communities that Twitter hosts have always been, legally at least, commodities to be bought and sold. The prospect of handing this essential piece of democratic infrastructure to the world’s richest man is a symptom of that underlying design.

Musk’s stated intent to steward Twitter on behalf of democracy and free speech is familiar. In 2018 he promised audiences at South by Southwest that there would be direct democracy in his colonies on Mars—even as he was obstructing union organizing among Tesla workers. And in 2020, as the pandemic began, he forced Tesla production to resume in Fremont, California, against the recommendations of local health officials, resulting in infections. Handing absolute power to one person is never a good way to get more democracy.

In 2016, our concern about Twitter’s vulnerability motivated us to organize Buy Twitter, a campaign launched as the company faced another threat of acquisition—maybe by Salesforce, maybe by Disney. With many collaborators and shareholders, we formally proposed that the company study its options for converting to user ownership so that it could be itself a democracy. Juries of users might study and formulate policies for larger groups to vote on. Perhaps users would be able to debate and decide on moderation policies, for instance, and center those who have experienced harm on the platform in decisions about how to prevent it in the future. Perhaps cultivating a healthy public space would become more of a priority for executives than propping up the share price.

“It makes perfect sense,” said WIRED at the time! We pointed to examples of broad-based ownership and accountability like the Associated Press, a global nonprofit owned by the thousands of news organizations it serves, and the Green Bay Packers, a beloved football team owned by its fans. After a media frenzy, our campaign culminated with a vote at Twitter’s 2017 shareholder meeting. Nearly 5 percent of all Twitter shares voted in our favor—not a win, but early validation for an idea that has kept on spreading since.

No tech company as big and established as Twitter has turned around and become user-owned. But as the years go by, more and more signs of hope for democratically owned tech have emerged. Twitter itself might even have followed our suggestion, at least a little. In 2019, then CEO Jack Dorsey announced Bluesky, a project “to develop an open and decentralized standard for social media.” This could enable a network with many forms of ownership and control, instead of a single company.

Startups face immense financial and cultural pressure to “exit” by getting acquired by a bigger firm or going public on a stock exchange. These pressures drive many of the most dangerous threats that tech poses to society today, as they pursue investor profits at all costs. Better startups need better options. Since our #BuyTwitter campaign, we have developed a playbook for “exit to community” with diverse startup founders eager to ensure long-term benefits for users and workers. With the social entrepreneurship network Zebras Unite, in 2020 we co-organized two dozen founders to expand the playbook, and since then we have talked with nearly 100 companies, from artist-centered streaming platforms to mental health services, all exploring techniques for transitioning to community control.